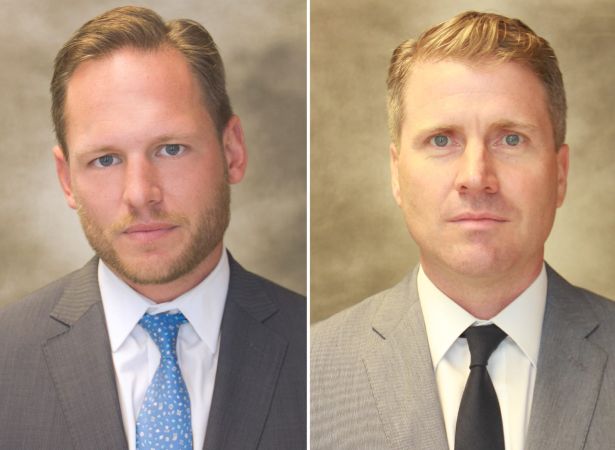 Co-Heads of Large Loans in the U.S. at CBRE

It was a difficult year to push debt deals over the finish line (to say the very least), and an almost impossible year to close large loans, but one duo —known for its expertise in the space — did just that.

CBRE’s overall U.S. originations topped $43 billion last year and the team led by Tom Traynor and James Millon closed 18 deals totaling more than $5 billion, and with an average deal size of $279 million. As if that’s not impressive enough, they have another $4.6 billion in signed term sheets or deals currently in the market.

Notable deals executed by the dynamic pair during COVID included a $973 million construction loan in May 2020 for St. John’s Terminal — Oxford Properties and CPPIB’s 1.3 million-square-foot redevelopment of the historic train terminal in Manhattan’s Hudson Square; a $575 million construction loan in June 2020 for WS Development and PSP Investments’ Seaport Labs life sciences project in Boston’s Seaport District — $250 million of which was syndicated to a foreign bank, post-closing; and a $740 million CMBS loan for KKR’s acquisition of 96 industrial properties — one of the first sizable, floating-rate, CMBS SASB executions post-COVID.

“Large loans are more complicated because there are multiple lenders involved,” James Millon said. “When you have a situation where you need seven different banks, that’s seven different credit approval processes, and this is all being done remotely.”

The industrial sector largely dominated the team’s closings, however, and continues to remain a major focus, with national and regional portfolio financings both closed and underway, in addition to a handful of smaller or single-tenant industrial financings.

Millon and Traynor also leveraged their experience as former Deutsche Bank bankers to guide clients through the difficult time using a lender’s mindset. “It wasn’t just the first month or two, it was really the first six months,” Traynor said. “A lot of it was communicating what was actually going on inside the banks: what processes they work through when they’re in the middle of a crisis, how they’re managing their book and putting out fires, and how they’re approaching different types of deals and different positions within their books.”

“We’ve always prided ourselves on being very direct with lenders,” Millon added. “They’re busier than ever and so we not only sell the deal — because we’re a sell side shop, that’s what we do — but also highlight the risks early for them.”

Traynor said the innovation and resourcefulness that the industry exhibited during COVID has been “a real bright spot. This crisis was forced upon us, but people really answered the call.”—C.C.