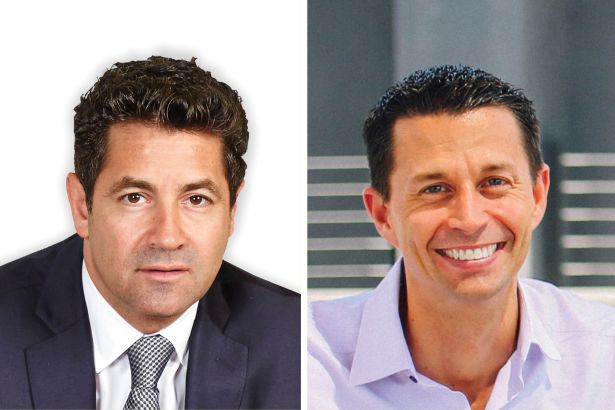 Ryan Harding represents more than 300 tenants in office and industrial assets in Southern California and around the country out of Newmark’s Downtown L.A. office. He has more than 17 years of experience with clients spanning tech, media, entertainment, finance, nonprofit and construction, and he was Newmark’s top producer in Los Angeles from 2012 to 2020.

On the office side, over the past 18 months, Harding has been particularly active in L.A. County’s top office submarkets: Century City, Burbank, Santa Monica and Culver City. That includes a 52,217-square-foot office lease with Pendulum Property Partners, which recently acquired the 124,800-square-foot office building called The Link in Burbank for $61.5 million.

Retail real estate, however, is a different ballgame, and Los Angeles is in a league of its own. That’s where Jay Luchs comes in. Whether it’s Melrose Avenue, Downtown L.A. or the all-coveted Rodeo Drive in Beverly Hills, Luchs’ name has for years appeared far more frequently than anyone else’s in the windows of top retail spots in Los Angeles.

On Rodeo Drive, deals come few and far between. But when they do, they make headlines, and it’s a safe bet that Luchs is somehow involved. In December, hotelier Efrem Harkham sold the 42,560-square-foot Luxe Rodeo Drive Hotel and its existing high-end retail shops — including Rolex, Patek Philippe and Ferrari — for $200 million. Luchs represented the buyer, which was later revealed to be the Bernard Arnault-run Louis Vuitton Moët Hennessy, one of the most valuable companies in the world, and one that also happens to own several other landmark tenants on Rodeo Drive.

The largest deals on Rodeo Drive before that — when Crown Equity and Ascendent Capital sold 457 North Rodeo Drive for $122 million, and the sale of the former Brooks Brothers store for $245 million — were also facilitated by Luchs. —G.C.