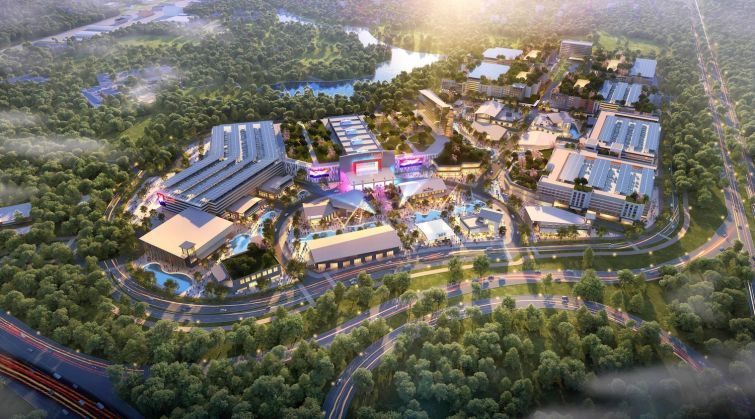 On the heels of the opening of Virginia’s first-ever casino in Portsmouth this month, two state lawmakers are looking to bring a casino to Fairfax County.

Sen. David Marsden, a Democrat from Burke, and State Delegate Wren Williams, a Republican from Stuart, both introduced nearly identical bills last week looking to amend Virginia law to permit a casino in a county with a population of at least 1 million and an urban county executive form of government. Fairfax is the only county in the state that meets those requirements.

The bills would require that the casino be within Fairfax proper and within a quarter-mile of an existing Silver Line Metro station, and also be part of a mixed-use development.

One potential site is the 29-acre development near the Innovation Center Metro station in Herndon, just outside Dulles International Airport, according to the Washington Business Journal. The site is currently for sale by a joint venture of Chicago-based Origami Capital Partners and Austin, Texas-based Timberline Real Estate Partners.

If the attempt passes, a Fairfax casino would represent the fifth in the state, as casinos are also in development in Norfolk, Bristol and Danville.

Still, Marsden has gone on record as admitting the bill was rushed and handed in on the final day legislation could be received, so he doesn’t think it has much of a chance. He said he is likely to reintroduce the bill next year rather than pursue action on it this cycle.

“It’s just too rushed, and so I’m probably going to have to talk to the individuals who approached me about it,” Marsden told WBJ. “I think it’s something that needs to be looked at, but this is just coming on people too fast.”

As for the companion bill, Williams said in a prepared statement he introduced the bill to offer those in Northern Virginia a chance to explore whether a development like this was right for the Fairfax County community.

“From our conversations with our friends in Northern Virginia, we have been hearing that there is a real desire for new and different entertainment options, which we see as a great opportunity for job creation, for economic development, and for generating revenue that can benefit the entire commonwealth, including here in Southside and Southwest Virginia, with investments into education, infrastructure and other critical needs,” he said.

Last month, Cordish Companies, a Baltimore-based developer, unveiled plans for a $1.4 billion resort that would bring a casino to Petersburg, Va. However, the city doesn’t meet the requirements for a casino, so state lawmakers would first need to qualify the area as a permissible gaming locale.