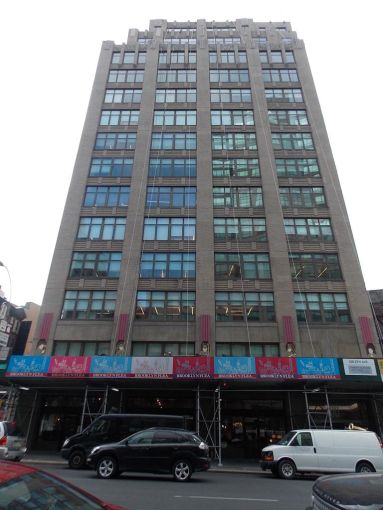 100 Avenue of the Americas. Photo: PropertyShark

After toying with the idea of leaving its two-building mini-campus in Tribeca, hedge fund Two Sigma Investments decided to stay put, Commercial Observer has learned.

Two Sigma signed a renewal to keep its 265,000-square-foot offices at 100 Avenue of the Americas for another seven years, according to a source with knowledge of the deal. Asking rent was in the mid-$80s per square foot.

The hedge fund has been in Tribeca for at least a decade and also occupies 107,000 square feet in the neighboring 101 Avenue of the Americas. But with a lease expiration for 100 Avenue of the Americas looming in 2023, Two Sigma tapped Cushman & Wakefield in 2021 to look for a more streamlined, 400,000- to 600,000-square-foot space in either the Financial District or Midtown South, the New York Post reported.

Two Sigma has $58 billion in assets under management. The fund originally moved into 38,332 square feet at 100 Avenue of the Americas then expanded to 114,815 square feet in 2011, Commercial Observer previously reported. It’s unclear when it grew to its current 265,000 square feet or first moved in.

C&W’s Peter Trivelas and Chris Helgesen represented Two Sigma in the deal, while Newmark’s David Falk and Peter Shimkin handled it for landlords Trinity Real Estate, Norges Bank Investment Management and Hines. A spokesperson for Newmark declined to comment, and a spokesperson for C&W did not respond to a request for comment.