I polled dozens of developers to find the true expenses behind material, labor and other essentials. 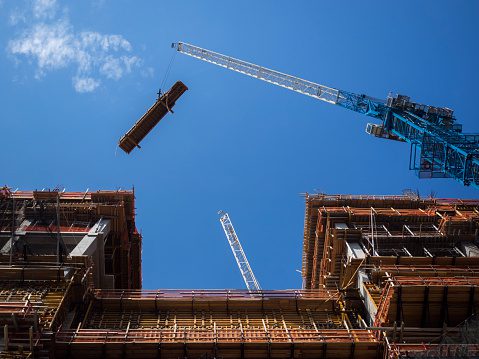 For those of you who interact with me in my capacity as an investment sales broker in New York City, you know that land sales is a very significant component of my practice. I have been working in this space for decades and have achieved a nice track record.

However, one of my mentors, Steve Siegel, chairman of global brokerage at CBRE, has told me for decades that no matter how well you think you are doing, you can always do better, you can always learn more, and you have to consistently try to improve your game to be the best professional you can be. When Steve talks, I listen.

Over the past few years, I have been working to improve my understanding of the New York City land sales market and land sales business. This began with understanding land values by looking at comparable sales over the long-term. We will be coming out soon with a study of land values in Manhattan which disaggregates the annual data into five buckets: residential rental, residential condo, hotel, office and a miscellaneous bucket which will contain land purchased for healthcare, education, etc. This study will be groundbreaking (no pun intended) and will present data going back to 1984 — the year I began brokering in the city.

The next step in the initiative to truly understand the land market was to obtain a granular grasp of what the development pipeline was for each of the major food groups of property types. In the residential space, brokerages present reports but the data varies greatly report to report as they are compiled using different criteria. There is very little market data presented relative to the office, hotel and miscellaneous sectors.

In order to truly understand the pipeline, we took the opportunity during the pandemic when the city was a ghost town, to drive and walk every single block of Manhattan south of 96th Street on the East Side and south of 110th Street on the West Side to look at every building that was under construction. Each of these buildings was highlighted on a map, researched and placed into one of the five product type buckets. Since then, we have been tracking every demolition permit and building permit to continuously update the pipeline.

Additionally, we track many of the economic metrics that impact land values such as interest rates, the lending market, and flows of international capital. Importantly, legislation and programs that are available to developers, such as 421a/Affordable New York, very tangibly impact the market activity and values. Construction costs are clearly another aspect of the market that has a profound impact on land values.

In two recent conversations I had with developers — on the same day — they both told me that they priced construction jobs recently that they had priced about a year ago and the new quotes were 15 percent and 20 percent lower than the quotes received 12 months ago. This was surprising to me and made me think that, if this was really the case, it would have an immediate impact on land values. I spoke to a couple of other developers to get their opinions and they were surprised as well. This prompted me to seek out a larger statistical sample in order to try to understand what was really going on here.

I sent an email out to all of the developers in our database asking for feedback on the direction of construction costs to try to get a consensus about what reality was. I received 87 responses, some of which were short and to the point while others were much more detailed. Here are the general themes that came out of this that address five major component issues: material costs, supply chain issues, the development pipeline, wages, profit margins.

On the material cost side, the consensus was that a few material costs may have come down in price, such as lumber and steel, over the past 12 months but these costs were relatively unchanged from 2019. The big drop in lumber prices appears to be due to the significant price spike during the pandemic. Generally, it was expected that the cost of materials would increase just 2 to 3 percent this year.

With regard to supply chain issues, it appears those issues have mostly abated and are not impacting the market at present. Some developers are ordering sooner in the development process than they have historically but the general consensus is that the impact is marginal and things should be completely back to normal by the end of 2023.

With regard to the pipeline of construction projects, there appears to be a big air bubble forming as the expiration of the Affordable New York tax abatement program has slowed land sales, particularly in the outer boroughs. Even those sites where owners rushed to get a footing in the ground by June 15 of last year, to vest their sites in the program, are experiencing issues. Many larger sites are not moving forward as they may not be able to obtain their temporary certificates of occupancy (TCOs) by June 15 of 2026, which is necessary for the site to receive the benefits of the program. The sites that are not impacted by the program’s expiration — condo sites, particularly in prime Manhattan — have been impacted since early September by a rapidly changing financing market that has materially changed the construction loan market. The sites that have stalled are adding to this growing air bubble.

While there seems to be no downward pressure on wages, the slowdown in the pipeline is impacting the profit margins that contractors are expecting, and it appears that differs contractor to contractor depending on what their individual pipelines look like. For instance, demolition contractors were extraordinarily busy leading to the expiration of Affordable New York as owners rushed to vest sites into the program. Today there is much less work to do so they may be willing to take a smaller profit on jobs to keep workers working.

Probably the most impactful thing to watch relative to construction costs is how long we go without a tax abatement program. To get things moving, an extension of the June 2026 deadline to get a TCO by three or four years would get about 15,000 units started within 30 days. The legislature getting 421a back on track would also deflate the air bubble. A restoration of the major capital improvement (MCI) and individual apartment improvement (IAI) programs would also put thousands of contractors back to work renovating the tens of thousands of units sitting vacant due to the regulation changes implemented in June 2019. In the absence of these moves, work for contractors will grow more challenging.

In summary, it appears that the experience of those first two developers I spoke to were exceptions to the rule. Those contractors may have been looking at an empty pipeline of work so they reduced their prices to secure the work. Generally, prices are expected to remain flat or marginally increase this year with potential savings obtained from individual companies that are concerned about their individual pipelines of work.

If legislative changes are not implemented, this condition could change quickly as construction slows. As always, it appears that individual experiences will be on a case-by-case basis.