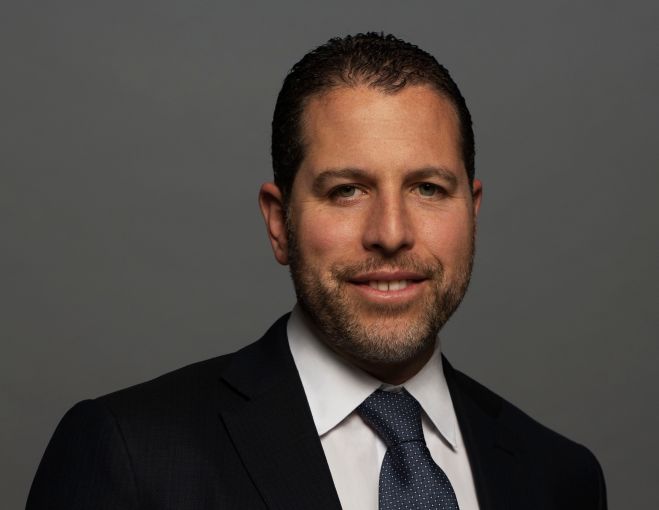 Madison Realty Capital closed nearly $3 billion in origination volume in 2022 despite contending with volatile market conditions and rising interest rates for much of the year.

The real estate private equity firm, which was co-founded by Josh Zegen and Brian Shatz in 2004, executed 35 total transactions nationally in a variety of property sectors with deal sizes ranging from $12 million to $315 million. A large composition of its lending activities (roughly $1.8 billion) came from repeat borrowers and brokers, Zegen told Commercial Observer.

The 19-year old firm has plenty of experience navigating through choppy waters,  having transacted through the Global Financial Crisis of 2008, and has readied its portfolio to combat a potential recession in 2023. Madison received a strategic minority investment last year from Iconiq Investment Management and also grew its lender financing strategy, sourcing more than $137 million in loan-on-loan financing for a number of alternative lenders. The firm also expanded Madison Newbond, its newly formed institutional hospitality lending platform, with $279 million originated in 2022 from three deals.

Zegen, managing principal at Madison Realty Capital, joined Commercial Observer to discuss where he sees opportunities amid headwinds facing commercial real estate, how expiring interest rate caps are putting increased pressure on borrowers, and how he expects the market to shape up in 2023. The interview has been edited for length and clarity.

Commercial Observer: What do you attribute your 2022 deal volume to, given the market headwinds?

Josh Zegen: A couple of  things. We had capital when a lot of people didn’t have capital and we’ve seen ups and downs in markets and volatility, going through the Global Financial Crisis and going through COVID.  We have some perspective given the fact that we’ve been in business for 19 years, so I think that the firm that we’ve built was optimally situated last year to take advantage of some of the dislocation in the market. We’ve also grown our business substantially to be able to cater to clients with numerous products and not just one product from a credit standpoint, and we’ve geographically diversified our business over the last six to seven years to be more of a national player. I think that we’ve had the choice of product offerings, location offerings and a lot of repeat clients that reached out to us and looked to do more business with us last year.

A number of your deals last year were with repeat borrowers. How did you utilize those relationships to your advantage as interest rates began to steadily rise starting last June?

A lot of people talk about off-market equity opportunities, and we are there a lot of times in off- market debt opportunities where borrowers will reach out to us with situations or the need for flexibility or sensitivity and timing. And, again, I think we were able to address our borrowers’ all kinds of needs last year as the market really shifted — in the sense that there was less liquidity in the market. So we were able to be there when they needed us, and find those opportunities across the capital stack.

In addition to that, we also provided lender financing, so we financed a number of other alternative lenders — some of which were repeat lender finance relationships and some of which were new. As banks pulled back, that became an even larger opportunity because banks were not providing A-notes, loan-on-loan financing and credit lines, and we were able to step into that void as well from the alternative lending universe standpoint, not just the direct borrower standpoint.

What sectors were you finding advantageous lending opportunities in?

We’ve always sort of been an investor in all asset classes. We’ve always been more skewed towards residential-related real estate, whether that be multifamily, condos, single-family for rent or for sale. We generally gravitate more towards that asset class because of the liquidity profile and the fact that we believe through ups and downs of markets it’s been the most resilient. Hospitality is another area where we saw an opportunity. The opportunity in hospitality was that there was a real void in lending post-COVID. And while a lot of lenders were very full on their balance sheets dealing with some COVID issues and past hotel loans pre-COVID, we had a wide open balance sheet for the asset class. That is part of why we partnered with Newbond, which was a venture that we created to do more in the hospitality sector, using the Newbond expertise from an operating standpoint.

You expanded your hospitality lending platform, Madison Newbond, last year after launching in November 2021. How would you describe the hotel sector’s recovery as we approach the third anniversary of the start of the COVID-19 pandemic?

I think it really depends. Obviously, luxury hotels and resort hotels are doing great. In addition, properties that are catering to workers are doing well because there is a lot of infrastructure investments with construction throughout the country along with hospital work and a lot of times a need for bringing in employees to various areas. We’ve seen luxury resorts do well and we’ve seen South Florida performing very well. New York City has performed great and a lot of that is because of changes to zoning, because building new hospitality here is very challenging. Also because of COVID, a lot of the hotels that were union hotels are being bought out of the union and converted to residential or student housing or other. So a lot of the rooms that were in the New York system have been reduced dramatically, and that has allowed hotel owners to push rates more, and the occupancy has been strong.

Another big opportunity that we saw and have been providing capital into is branded residences. One of the larger deals we did in 2022 was the Four Seasons Hotel and Residences in New Orleans with a $315 million loan. We’ve probably done somewhere around 10 deals. Generally they are larger and they’re a little more customized. They are also a little more complicated in some ways, and especially today because it’s harder to pull together multiple levels of the capital stack today. So we’ve been able to approach that segment of the market as a whole loan lender, whether that’s ground-up, whether that’s completion financing. The New Orleans deal was complete and more included sales of condo units plus the hotel. That’s an interesting opportunity we’ve seen in the market.

Hybrid hotel-residence properties seem to be a growing asset class?

What’s interesting is I think that it’s proven that typically the brand generates a premium in residential sales compared to other units in a submarket, and naturally the hotel also provides great amenities to be shared amongst the condos. So we’ve really seen that to be a very big opportunity. And it’s a very big deal.

Among your highlights last year was receiving a strategic minority investment from Iconiq Investment Management. How do you expect this to aid your business in the near and long-term?

We really want to propel the growth of the firm, and we see a major opportunity for us to be able to potentially grow the firm by acquiring other investment managers and creating more products.  Iconiq had helped us as an investor prior to that minority investment as they were an investor in our funds, and we created other products to address our clients with the help of Iconiq seating certain vehicles here. It’s nice to be able to meet someone that invests in our funds, and then we have such a great relationship, and that turns into a greater relationship as a minority investor in the firm.

The markets have been very volatile since the second half of last year. Have you noticed from your end any risky behavior from either the borrower or lender side?

There’s pressure in many ways. There’s pressure around other lenders having challenges because of their own balance sheet, as maybe they leveraged too much and are not getting repayments as quick as they expected and they have future funding commitments. I think on the debt funds, mortgage REIT and lender side there is pressure. Even banks are feeling pressure because they have deposits leaving the system where they typically lend on a ratio of deposits and they’re able to fund their business through a ratio of deposits. There’s pressure on the balance sheet side amongst the credit providers. And then, obviously, borrowers are feeling pressure because of interest rates going up the way they have, valuations changing the ability to not gain liquidity through a sale or refinancing, and in many cases having a cash-in refinance versus cash-out refinancing because typically borrowers today in many instances aren’t able to get the same debt that they were able to get a few years ago.

The other major thing that’s happening is some of that pressure hasn’t come into the fold yet because interest rate caps have been masking some of the problems. So if you did a deal a year or two years ago and you bought an interest rate cap, they cost you nothing. That cap is expiring right now, and many of the borrowers need to renew the cap, and a cap today costs 10 times what it did a year ago. So that’s a huge capital item that a lot of borrowers don’t have the money to come in with, and it’s creating a lot of friction. This may really push borrowers to sell or to do something in the near term.

As far as interest rates go, do you feel like there’s a sense in the market now of where the Fed is going in terms of smaller increases early this year and that we’re near the top? And if that’s the case, how is it affecting your strategy as you approach the first half of the year?

I think there’s a perception that the rate at which the Fed is increasing rates is going to slow. I think it’s going to be a little bit harder to curtail inflation, and I think there’s a perception that it’s not going to be immediate and we may be in this for a little while. But I do believe there’s a sense that maybe the rate increases aren’t going to happen at the rate at which they did in 2022, which is good for the market and helps the capital markets potentially right-size a little bit. But I think the default scenarios and the workout scenarios are really just at the beginning right now. We’re seeing more and more of that, and I think the bank issues in terms of deposits leaving the system is a real problem. Whether that’s a bank directly funding borrowers, or funding alternative lenders who have credit lines or A-notes or loan-on-loan financing, there is

less capital in the system, and that obviously is going to lead to less volume of transactions, and change the values. The market takes time to adopt and adapt.

Lastly, what is worrying you the most right now in the market?

The frozen markets in terms of transaction volume. If you need to sell something, it’s really hard to sell. The time it takes to sell liquidity in the market for both equity and debt is challenging.