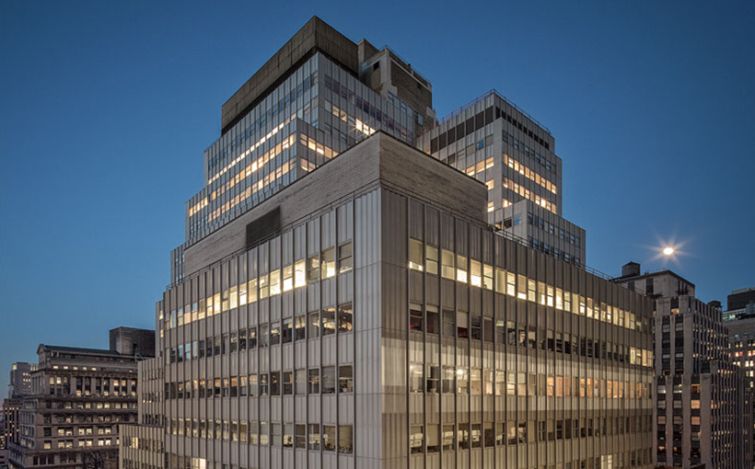 Savanna and Pacific Oak Capital received another extension on a defaulted loan for a Financial District office building while they negotiate with a tenant to fill two large vacancies, according to a notice filed on the Tel Aviv Stock Exchange.

But the lifeline is not a very long one.

The lender, Invesco Real Estate, has agreed to a three-month extension on a $349 million loan package for the 32-story office property at 110 William Street, the third extension since the owners went into default last June. Of the initial financing, which includes senior, capex and mezzanine loans, $320 million remains outstanding, according to Pacific Oak’s third-quarter report.

The almost 1 million-square-foot tower is just 58.24 percent occupied after losing two major tenants, Knotel and the New York City Housing Development Corporation, during the pandemic, though the latter was in the works since 2016.

Savanna and Pacific Oak are close to reaching a long-term deal with an unnamed “high-quality credit tenant” for a big chunk of the space, which would potentially allow them to refinance the loan, according to the documents. Those negotiations have been ongoing since at least September, the last time the loan was extended.

In the meantime, the value of the building has declined to $441.3 million as of September 2022, a drop of 18 percent compared to its $540 million valuation in September 2019, according  to an appraisal by Kroll. Average rent at the building is $42.79 per square foot.

Only two leases have been signed since 2020, and both are short term. Tech firm Twilio took 35,848 square feet that it had previously sublet from Knotel at $50 per square foot for 2.5 years, while Propeller took 6,507 square feet at $65 per square foot for 3.3 years. (The difference in rent may be due to the fact that Twilio’s deal included seven months of free rent.)

In addition to the tenant negotiations, Savanna and Pacific Oak, which owns a 60 percent stake, are in negotiations with Invesco to extend the loan still further, as well as with another lender to refinance the loan before the latest expiration date on April 9, 2023, a year to the day since the loan was initially due, per the latest filing.