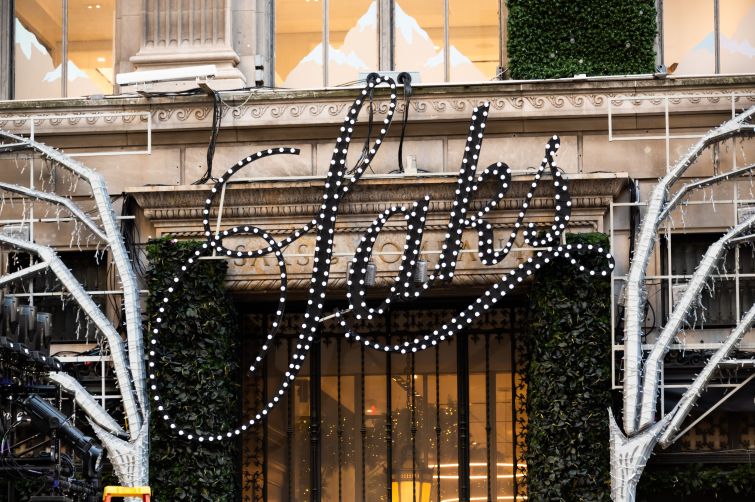 Your mother shops at Saks, and she may get to gamble there, too.

Hudson’s Bay Company (HBC), the parent company of Saks Fifth Avenue, has decided to enter the race for one of the three downstate gaming licenses with plans to redevelop about 200,000 square feet of unused space on the top three floors of Saks’ 611 Fifth Avenue flagship into a casino, Insider first reported.

“We have invested significant time and energy over the last year in building a strategic plan to most effectively and positively enhance our Saks Fifth Avenue experience with a luxury, high-end casino,” a spokesperson for HBC said in a statement. “The intention is to convert upper floors that are currently used as swing space to build out the casino that will attract visitors and tourists from around the world seeking that luxurious, Manhattan experience.”

HBC’s Saks casino pitch comes soon after the New York State Gaming Commission finalized the request for applications for the downstate casino licenses, which will come with a minimum of $500 million. Other aspects required by the legislation passed in 2013 and revised in April 2022 that approved the casino licenses were that the area had to already be properly zoned and the application be passed through a community advisory committee consisting mainly of elected officials. This body will need to vote two-thirds in favor of proposals.

But before shoppers try their hands at blackjack to afford a Burberry scarf at Saks, HBC faces some stiff competition for the casino license, as well as opposition from a local community board trying to keep a casino out of the neighborhood.

In September, Related Companies with gaming partner Wynn Resorts was one of the first outfits to unveil a proposal for a casino in the western portion of Hudson Yards, followed in November by billionaire Stefan Soloviev planning a 6-acre entertainment district with a gaming floor near the United Nations. Thor Equities also plans to make Coney Island a year-round destination with a gambling house with help from Saratoga Casino Holdings, The Chickasaw Nation and Legends.

Point72 Asset Management’s Steve Cohen — owner of the New York Mets — has also said he would like to build a casino in Willets Point, Queens, next to Citi Field.

SL Green Realty, Jay-Z’s Roc Nation and Caesars Entertainment are also gunning for a “boutique” casino on the second floor of 1515 Broadway. Like Saks Fifth Avenue, that site falls within the boundaries of Manhattan Community Board 5, which passed a resolution in December to reject outright any casino proposal within its district over fears it would disrupt the job market and increase gambling addiction rates.

“We did meet with the applicants. They presented to us the general concept, so we understand and appreciate that. It’s going to be a fairly small footprint,” Layla Law-Gisiko, chair of CB5’s Land Use Committee, told Commercial Observer about the Saks plan. “But, you know, at the same time that does not waive our concerns and our objections, which is still that a casino is not appropriate for our district.”

Further complicating matters for the applicants in the five boroughs is the Las Vegas Sands’ bid for a hospitality, entertainment and casino project near the Nassau Veterans Memorial Coliseum in Uniondale, Long Island, according to the Long Island Herald.