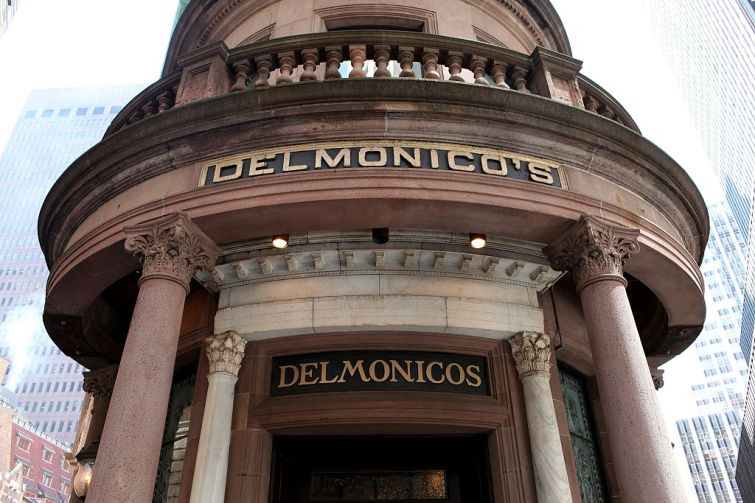 After sitting shuttered for nearly three years, legendary New York steakhouse Delmonico’s will reopen at 56 Beaver Street this fall under new management, following an eviction battle with its landlord and a legal dispute over its ownership.

Delmonico’s Restaurant Group’s Dennis ​​Turcinovic and Joseph Licul inked a fresh 15-year lease at the end of last month to keep the 14,393-square-foot space on the ground and lower levels of the Time Equities-owned building, according to a Delmonico’s spokesperson.

Delmonico’s did not have a broker in the deal, Schneidman said.

The 186-year-old Financial District spot — known as the city’s first fine dining restaurant — temporarily shuttered in 2020 at the start of the pandemic but stayed closed due to legal battles between its partners and landlord.

Brothers and longtime operators Ferdo and Omer Grgurev sued their partners, Milan Licul and Branko Turcinovic, in 2019 in an attempt to take full control of the restaurant and won the case in 2021.

Randall Jacobs, an attorney for Omer Grgurev’s daughter Michelle Grgurev, claims the decision gave the Grgurevs ownership over Delmonico’s intellectual property and should prevent Licul and Turcinovic from using the name.

“The final judgment … expressly provides injunctive relief against the respondents and any others acting in combination with them from using the name ‘Delmonico’s’ or in any restaurant within one mile of 56 Beaver Street,” Jacobs wrote in a Jan. 6 letter to Manhattan Community Board 1, which will vote on Delmonico’s liquor license.

A representative for Joseph Licul and Dennis Turcinovic said the pair are not involved with any ongoing lawsuit with the previous owners.

The Grgurevs had planned to reopen Delmonico’s in 2021 but were unable to as they fought a separate, ongoing suit with Time Equities over $300,000 in unpaid rent. The Grgurevs claimed they withheld rent payments because Time Equities failed to repair hurricane-related damage to the building, Eater New York reported.

The Grgurevs finally lost the space at the end of 2022 after their lease expired, allowing Joseph Licul and Dennis Turcinovic to sign a lease with Time Equities.

Licul and Turcinovic plan to renovate its 500-seat dining area to give it a new, “modern” look, according to Delmonico’s. And while it plans to serve up a new menu, its iconic steaks aren’t going anywhere.

“The original Delmonico’s Restaurant has been providing hospitality to New Yorkers and visitors near and far since it opened its doors in 1837, and we plan to bring back this historic culinary landmark like it once was,” Turcinovic said in a statement.

The Grgurevs will still face a trial this year over $400,000 in arrears Time Equities claims they owe on the property, according to court documents.

Schneidman declined to comment on the ongoing litigation, but said that Time Equities did repair hurricane-related damage to the building.

Update: This story has been updated to include a comment from Randall Jacobs, an attorney for Michelle Grgurev.