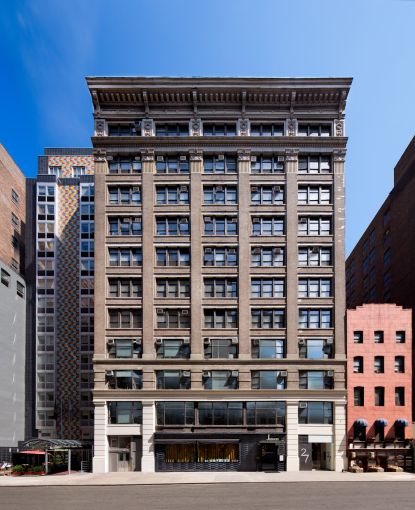 Fyllo, which provides marketing and compliance software for cannabis firms, took part of the seventh floor of MJ Orbach Associates’ Midtown building, said JLL’s Joseph Sipala, who brokered the deal for the landlord with colleagues Sam Seiler and Aristotle Proskinitopoulos.

Asking rent was $69 per square foot in the three-year lease, according to a source with knowledge of the deal.

Fyllo wanted to find a Manhattan location fast, and jumped on 27 West 24th because its offices were “new, turnkey [and] delivered fully furnished,” Sipala said.

The software firm first opened shop in New York City in 2020 with an office at 77 Sands Street in Dumbo, Brooklyn, though it may ditch the outer borough space, which is advertised for rent by landlord Olmstead Real Estate.

Fyllo did not immediately respond to a request for comment.

CBRE’s Alex Leopold, Joe Cybulski and Tony Coglianese represented Fyllo in the lease. A spokesperson for CBRE declined to comment.