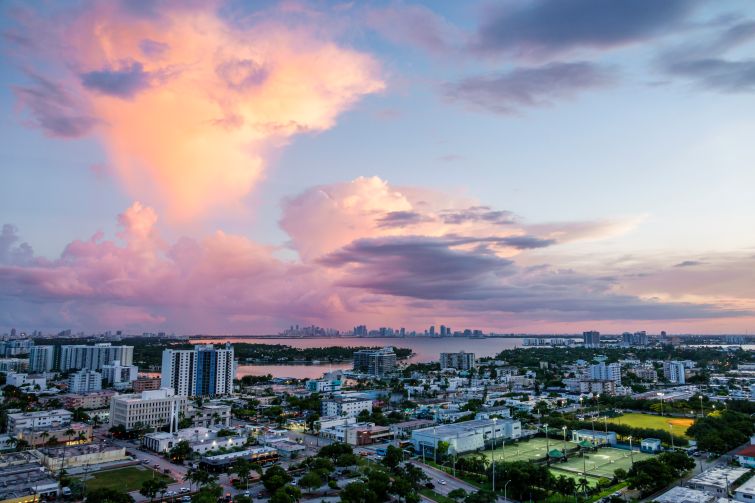 The residential portion features a 14-story building with 495 apartments and sold for $223.5 million. The 480,972-square-foot building is at 910 West Avenue, just south of 10th Street, facing Biscayne Beach in South Beach.

The deal also includes a five-floor parking lot, situated across the street, that sold for $26.9 million. The ground-floor retail counts Pura Vida, Oliver’s Bistro and Caffe Umbria as food tenants.

The purchase marks a 16 percent reduction from the original price — perhaps a sign that multifamily deals in South Florida are cooling, despite two years of skyrocketing rents.

In November, Air Communities, a publicly traded real estate investment trust that apartment heavyweight Aimco spun off in 2020, disclosed that it had the property under contract for $298 million.

The Virginia-based seller, Gumenick Properties, completed a $40 million renovation of the complex in 2016, according to the South Florida Business Journal. For its acquisition, Air assumed Gumenick’s $115 million mortgage from MetLife Insurance dating back to 2016, of which $101 million remains.

Representatives for Air and Gumenick did not immediately respond to requests for comment.