Despite a year of economic tail whips, South Florida's growth continued in 2022 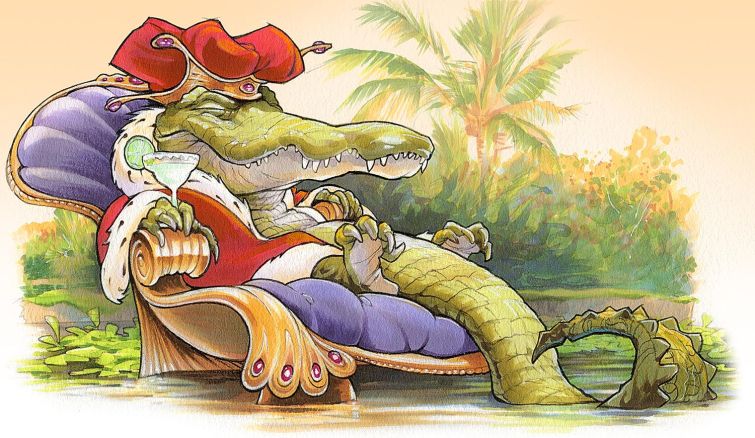 More than anything, 2022 was characterized by an acute case of whiplash.

It started off at the tail end of the longest continuous era of low-cost capital, the loosening of supply chain issues, and a general consensus that whether or not COVID was done with us, we were done with it.

South Florida, in particular, was in the midst of hyperbolic popularity and growth. “There were historically low cap rates and historically low interest rates. It was a unique moment in time,” said Arnaud Karsenti, managing principal of the Miami-based 13th Floor Investments.

Then, things took a hard turn. Persistent inflation, with some help from Putin’s rampage in Ukraine and a stubbornly strong labor market, led to the Federal Reserve’s continuous increase in interest rates. That then spilled over into the housing market, the capital and debt markets, and the stock markets, helping cause a spiraling cycle of tighter pockets and recessionary prophecies.

Add to that the crypto blowup, the energy crisis in Europe (again, thanks Putin), the DeSantis-Disney rift, and the biblical wrath of Hurricane Ian, and 2022 was quite the year for commercial real estate (and everything else).

“Over the last six to nine months in 2022, we saw a major shift,” said Ben Mandell, CEO of Tricera Capital. “A lot of the institutions were the first to go on the sidelines, then private, then family offices and [private equity] shops, and capital and debt markets with that.”

South Florida was not immune to these economic bumps, but the market’s strong fundamentals and recent momentum gave it enough escape velocity to make it through 2022 intact. Some of the biggest trends in the state’s commercial markets included ever-increasing housing prices and tower heights, population and wealth growth, narrowly avoiding most hurricane impacts, and a not terrible office market.

In other words, if 2021 was the year Miami first burst into bloom as the globe’s hottest market, in 2022 it fully blossomed. Growth continued but stabilized. Shovels went into the ground, buildings were leased up, New Yorkers didn’t flee during hurricane season, and Ken Griffin relocated his Chicago fiefdom to the Sunshine State.

Deal or no deal

Tricera sold the Cube Wynwd, an office property in Wynwood, in December after months of negotiations. After purchasing the newly constructed property with LNDMRK in 202, Tricera entered into contract to sell it to San Francisco-based Brick & Timber Collective in August.

“The buyer had capital but the debt kept shifting,” Tricera’s Mandell said. “The most challenging bit was getting the debt comfortable and getting that across the finish line.”

JPMorgan provided a $36.2 million five-year fixed-rate loan for the $62 million purchase. One thing that helped was that tenant turnover at the building proved office rents were continuing to increase despite the overall softness in the office market — and that reassured the lenders, Mandell said.

Even in the stronger office markets of Wynwood and West Palm Beach, the deals that are getting done require some fancy footwork.

“Right now, much higher interest rates and higher costs are making it difficult to get new projects done,” said Karsenti. “On the flip side, you have strong fundamentals: strong demand, rent growth. The market is definitely there, it’s just a matter of putting all the pieces together.”

While Karsenti has definitely put the pieces together on plenty of projects this year, there was one major deal that didn’t go through. Thirteenth Floor and Related Group had won a bid to buy out the 570-unit Castle Beach Club condominium in Miami Beach for $500 million, but failed to get enough buy-in from the unit owners.

Condo termination deals are always tricky, but with the condo market on fire over the last several years, developers and unit owners were both willing to play. Still, it’s no easy feat to get 90 percent (or more) of 570 people on the same page at a price that pencils out.

“When the capital markets are really strong and debt markets are really cheap and capital is flowing everywhere, and the wind is all at your back, you can pull off deals like that,” Karsenti said. “When things get tougher, as they did in the second half of this year, it puts a lot more risk in the equation.”

That condo deal may be an outlier in Miami. Overall, the South Florida housing market for new development condos and apartments continued to sizzle throughout the year. Projects were announced, plans designed, financing obtained and units pre-sold. If all of those plans are indeed completed, Brickell, Downtown and Edgewater will be virtual forests of high-rises before the end of the decade.

Meanwhile oceanfront sites from South Beach to Sunny Isles to Fort Lauderdale and Jupiter Island will be filled with ever taller and more luxurious condo buildings, catering to the world’s wealthiest. Just in the last few weeks, Kolter Group landed a $240 million construction loan for oceanfront condos in Fort Lauderdale. Elsewhere, Aria Development and Merrimac paid $17.5 million for the last available Miami Worldcenter plot to build a condo tower, and rumor has it that the newly split Related Group and Related Companies are both vying for a $1 billion piece of land on Brickell Bay.

Which is to say, that in addition to the 27-acre Miami Worldcenter — which really began coming to life this year — Miami is awash in mixed-use megaprojects. David Martin’s Terra Group recently received initial financing for a $1 billion transit-oriented project near Dolphin Mall called Upland Park, which will have at least 1,700 residential units. New York’s Chetrit Group has revived its own plan for a $1 billion megadevelopment along the Miami River, nabbing a sweet $310 million construction loan for the project that will include 1,600 apartments and condos. Meanwhile, over at the former Miami Arena site, fellow New York developer Steve Witkoff is planning a three-tower project with 2,350 units.

Each of these projects also includes office, retail and hotel components, as well as public space, walkable plazas and plenty of parking, of course.

Interest rates and recession tremors notwithstanding, Miami is in building mode. And recent history suggests there is demand to support it. Not only has the Southeast in general, and South Florida in particular, seen an influx of people in recent years, it has seen a boom in wealthy residents specifically.

“You see a lot of population coming to these [Southeastern] markets,” said Karsenti. “The wealth migration is probably more specific to South Florida, Miami and Palm Beach.”

Of course, it’s not only residents who are interested in Miami condos, but investors and the global elite. That helps explain why Miami’s towers have been getting ever taller.

The Waldorf Astoria Hotel & Residences Miami is on track to become the first supertall south of New York after breaking ground in October. The tower, which is set to reach 1,049 feet (apparently, 1,000 feet is the border between tall and super tall, according to the people who make the rules), is one of at least five 1,000-foot-plus buildings planned for Florida, all of which have been approved or proposed in the last year or two.

“There’s definitely a trend of going higher,” said Ryan Shear of Property Markets Group, one of the Waldorf Astoria developers. “We have been participating on and exploring how to go higher and higher.”

The shift from 50- to 70-story towers required a tremendous learning curve but the market justifies it, Shear said. “I think a few years ago, buyers didn’t pay for the extra height. Today, the buyer is gravitating to those heights and is willing to pay for them.”

As of now, 1,049 feet is the limit that the Federal Aviation Administration has approved, given the city’s proximity to the Miami International Airport. But that’s hardly the only consideration, with the main one being the tradeoff between costs and potential profit.

“It’s a little bit of an art. It’s very much project specific,” said Shear. “In this particular case 70 was the max height without making it crazily expensive.”

Cost is a key concern in South Florida. Not only has the cost of capital gone up, but the cost of labor, material and insurance has also wildly increased. “The key thing is how crazy costs became in the beginning of the year — construction labor and materials — to levels we’ve never seen before,” said Shear.

The confluence of all these factors has made it a trickier market than before.

“People are between denial and disbelief because they don’t know what’s coming,” said Brett Forman, executive managing director at Trez Capital, a frequent commercial real estate lender in South Florida. “We really paused our lending in June. We’ve really been sitting on the sidelines watching.” Instead, they’ve been focusing on existing clients and assets.

People will continue to kick the can down the road for as long as possible when it comes to financing, especially because the situation is in flux, Forman said. That can be a problem for people who bought during the run-up in prices, or who need to transact within a certain time frame.

“Next year is going to be telling,” Forman said. “There’s going to be a lot of people blowing their covenants or needing extensions, and they won’t get them.”

Of course, that depends on the deal. “Groups that acquired in the last few years based on a value-add and didn’t execute the value-add, they’re going to be in a difficult situation,” said Tricera’s Mandell.

That said, in multifamily, because of the demand, most owners should be able to create value even if it means reducing profits, said Forman. In office, strong white-collar job growth and a low unemployment rate, together with the influx of new-to-market tenants, has created opportunity in Florida. In addition, Miami isn’t hamstrung by pre-existing office market expectations. “We don’t have a lot of old office buildings,” said Forman. “Those that are, are getting repurposed.”

Still, entering the new year, there’s a lot of enthusiasm and a little trepidation.

“It’s Miami’s moment in the sun,” he concluded.