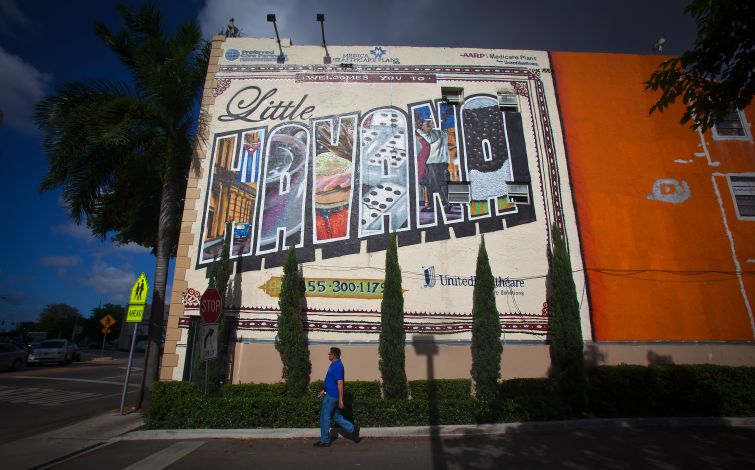 A mural is painted on a wall at 27th Avenue and SW 8th St (Calle Ocho). Photo: Carlo Allegri For The Washington Post via Getty Images

The 14-story property, located at 590 W Flagler Street, two blocks west of the Miami River, will feature 96 units. Construction began in July 2021 and has not yet ended, but the building has secured a temporary certificate of occupancy and preleasing is underway, RAM’s Eby Gallego told Commercial Observer.

The seller, Eastern Atlantic Land Development, bought the 14,366-square-foot site for nearly $2 million in 2019, then secured a $17.8 million construction loan from Churchill Funding two years later, according to property records. A representative for the company could not be reached for comment.

RAM now owns a stake in the building and will manage it, Gallego said. Amerant Bank provided a $17.4 million loan for the acquisition. Berkadia’s Matt Robbins, Brad Williamson, Scott Wadler, Mitch Sinberg and Hugo Hernandez arranged the three-year, floating-rate loan with two years of interest only.

The sale comes only eight months after the Oakland Park-based investor bought the neighboring residential building for $30.1 million from the same seller. Completed in 2019, the 13-story property holds 100 units, which were leased in four months.

RAM owns and operates about 50 properties with over 3,000 units across Florida.