A new real estate tax designed to address affordable housing and homelessness issues could hinder investment in Los Angeles, according to developers and lenders. 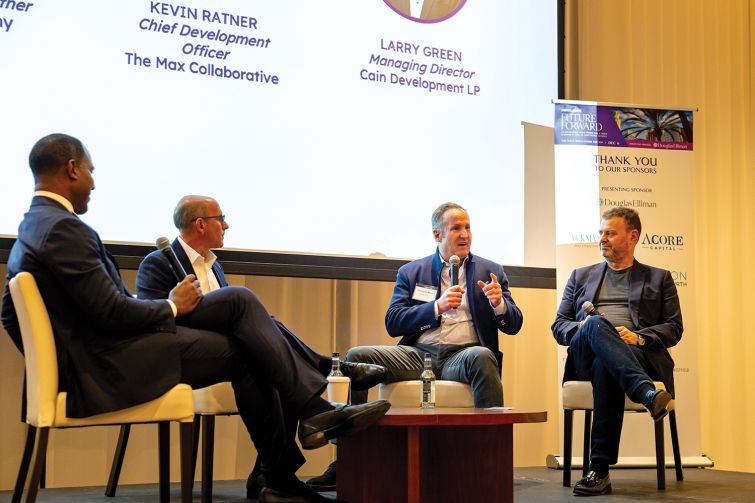 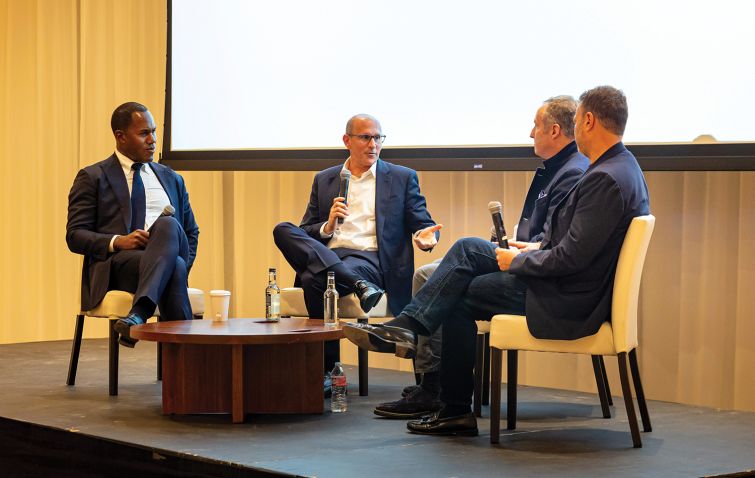 Ask developers how they feel about Los Angeles’ future and you’ll hear plenty of optimism, even as mounting economic headwinds — inflation, rising interest rates and spiraling construction costs — threaten to spoil the mood.

“For us, the fundamentals stay the same: If the site is dynamite and the vision is right, we’ll get through it,” he said. “We’re optimistic about where things are going [in Los Angeles].”

But Green and his fellow panelists also voiced reservations about short- to medium-term prospects — fueled by quality-of-life issues like a persistent homelessness and housing crisis, as well as new local tax measures that could dampen real estate investment. Those two issues converged in the newly passed Measure ULA ballot initiative, which passed with nearly 58 percent support in November’s election.

While widely labeled as a “mansion tax,” data indicates that most of the tax revenues will come from commercial property sales rather than residential ones. As such, both developers and lenders expressed concern that it could negatively impact Los Angeles’ commercial real estate market and hinder investment.

“That [transfer tax] is going to be a killer and stop people from investing [in Los Angeles],” according to Kevin Ratner, chief development officer at The Max Collective and a former Forest City Realty Trust executive. Ratner questioned the wisdom of asking investors to “give a huge percentage of [their] profit to a city that’s already not addressing homelessness.”

Other panelists Tuesday also voiced wariness about Measure ULA; Blackstone Managing Director Jimmy Yung said it would “in a lot of cases disincentivize investment in the city,” while Acore Capital Senior Managing Director Kyle Jeffers noted his belief that the “net result is that [properties] are going to be worth less.”

The measure is expected to bolster the construction of affordable multifamily housing in Los Angeles, however. Panelists agreed such housing is sorely needed yet far too difficult to realize. Don Peebles, the founder, chairman and CEO of the Peebles Corporation, said that Measure ULA could prove to be “gold dust for affordable housing developers” in Los Angeles by providing the city with “a tremendous amount of money” to address its housing and homelessness crises.

“The reason housing is so expensive in California is because we don’t build enough,” Ratner said — adding that, as a developer, “generally you can’t make a mistake building housing in L.A.” Still, he cited how rising interest rates and construction costs have made new projects financially unfeasible for many developers, while both he and Green took issue with lengthy public approval and permitting processes in L.A. County.

“It takes too long to get [projects] done; you can’t plan a site if it takes 15 years to get through the entitlements,” Green said. He predicted that “if the city doesn’t get its act together,” it would lose out on projects to other cities that are able to better cater to developers.

Despite a warranted dose of pessimism about Los Angeles’ myriad issues, the developers on hand Tuesday remained virtually unanimous in their belief that L.A. is a city worth investing in for the long term.

“None of us are going to ignore the fact that we have problems here to fix, but why are billions of dollars being funneled through the developments we’re working on?” asked Christopher Meany, managing partner at development firm Wilson Meany. “L.A. is one of the most cosmopolitan cities in the world, young people are leaning into it, and we have an opportunity.”