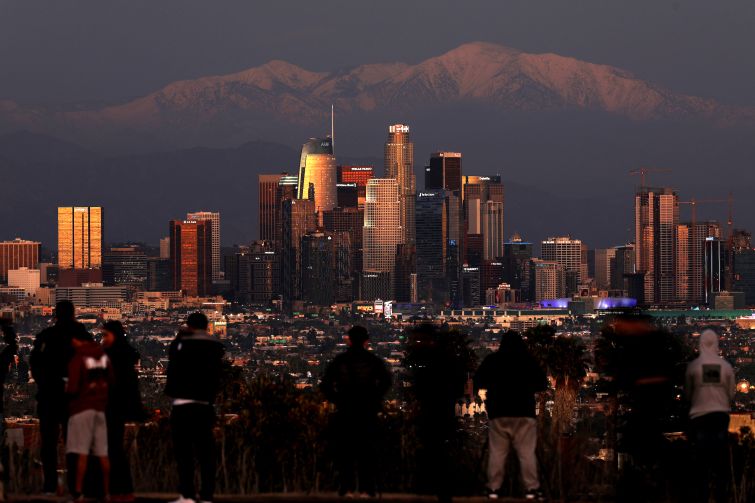 While Los Angeles apartment rents continue to rise and vacancy rates remain low, the city’s multifamily market is showing signs of slowing growth in the wake of a post-pandemic rent spike and challenging economic conditions, according to a new research report.

Residential rents in L.A. County grew at a “lower trajectory” in the third quarter — only 0.4 percent since the second quarter — to an average asking rent of $2,131 per month, according to a multifamily market outlook by commercial real estate brokerage NAI Capital. Though rents were still up 4.7 percent from the same period last year and are “unlikely to drop significantly anytime soon,” the L.A. multifamily market does appear to be pulling back from the breakneck growth it saw through 2021 and the first half of 2022, the brokerage said.

That’s not to say landlords should have a hard time finding renters willing to pay market rents, Casillas noted. The third quarter saw strong net absorption of units that helped keep vacancy rates down at 3.4 percent in L.A. County, according to NAI Capital — a trend that should continue even with the county’s COVID-19 eviction moratorium due to expire at the end of 2022. The market also remains supply-constrained as far as new inventory; the total number of units under construction in L.A. stood at just over 34,000 in the third quarter — up 1.3 percent year-over-year, but also down 1.9 percent from the previous quarter, the brokerage said.

“This is still a market where you can build [new units] and people will rent them,” Casillas said. He added that developers are increasingly facing inflationary headwinds, including rising interest rates, that have made land and construction costs more expensive, potentially contributing to the quarterly decline in the construction pipeline.

At the same time, higher interest rates have also resulted in surging mortgage costs that have put homeownership financially out of reach for many would-be buyers and helped maintain rental demand. “With interest rates being high, that’s going to keep people who were thinking of buying in the rental market longer,” Casillas noted.

The multifamily investment sales market in L.A. County is also dealing with tepid market conditions, according to NAI Capital. Sales volume totaled $2.8 billion in the third quarter — down more than 12 percent year-over-year and 33 percent from the previous quarter, per the brokerage’s data. Casillas pointed to many of the same inflationary economic dynamics as hindering investment activity in the sector.

“You’ve got a situation where the cost of borrowing is going up, and [for] people who in the past had money on the sidelines to put into real estate, now there’s other alternatives,” he said. Slower rent growth is also a consideration for investors who “are looking [at properties] from a cash-flow, return-on-investment” perspective, Casillas added. “Now you’ve got a bit of a wait-and-see dynamic. … You’re going to have disparities between sellers and buyers, and what the price [of properties] should be.”

The medium- to long-term outlook for rents remains bullish for multifamily landlords and investors, according to a November report by the University of Southern California’s Lusk Center for Real Estate, which projected “continuing rent increases over the next two years” across L.A. County and four other housing markets in the region.