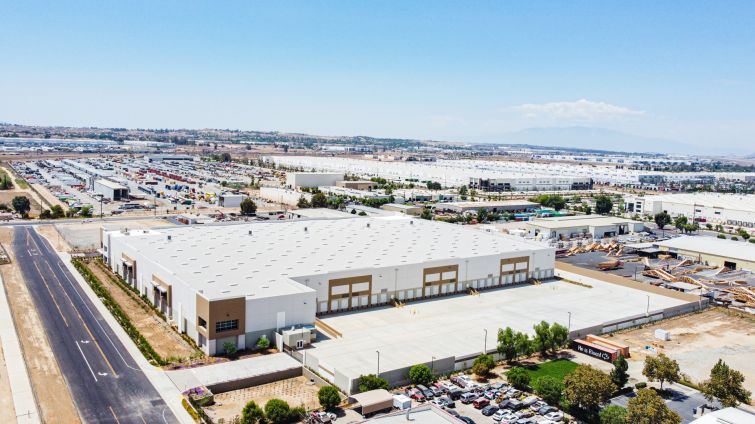 The 205,600-square-foot industrial building is fully leased to GPA Logistics at 100 Walnut Avenue in Perris, Calif. Joseph Aguilar for The Drone Project

There are hot markets, and then there is the Inland Empire in Southern California, where a newly completed distribution center has traded for $18 million more than it did a few months ago.

A fund managed by alternative investor Ares Management has agreed to pay $59.3 million for a 205,600-square-foot industrial building that’s fully leased to GPA Logistics at 100 Walnut Avenue in Perris, Calif., in Riverside County. Dedeaux Properties completed the development earlier this year and sold it for $41.1 million to 2253 Apparel Inc., records show.

“Timing is everything, which was the case for this transaction,” Avison Young’s Cody Lerner said in a statement. “Given the uncertainty in the market, the seller chose to dispose of the asset at a strategic time prior to the end of the year.”

The warehouse is on 9.6 acres near many other distribution centers and warehouses under construction for companies that include Amazon, The Home Depot, Lowe’s, Hanes and more. The Inland Empire, which maintains near-historic low vacancy rates, accounted for the second-highest industrial investment volume in the U.S. this year through October, with  $4.06 billion in warehouse sales.