GFP Closes on Purchase of 25 Water Street for $251M 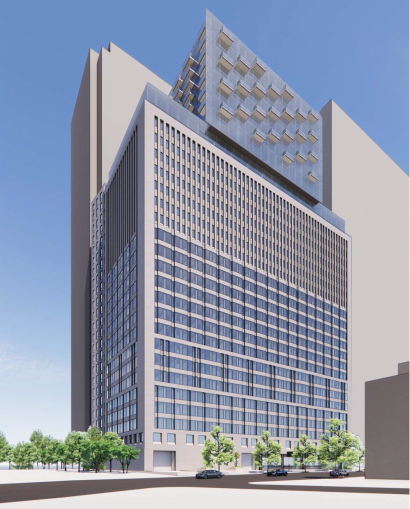 A group of investors led by GFP Real Estate closed on a deal to buy 25 Water Street for $250.8 million, with plans to convert the 22-story office building into apartments, according to property records made public Wednesday.

GFP, Metro Loft Management and Rockwood Capital bought the property from Edge Funds and HSBC Alternative Investments and arranged a deal to pay off a roughly $250 million mortgage from DekaBank Deutsche Girozentrale on the building at a slight discount, according to a source with knowledge of the deal.

The trio of investors went into contract to buy the building for an undisclosed price in June and last week landed a $535.8 million loan to acquire and redevelop it into a 1,300-unit residential tower — the largest transaction of its kind in the U.S., Commercial Observer reported.

Edge and HSBC bought the property, formerly known as 4 New York Plaza, for $270 million in 2012, CO reported. It previously had tenants including the New York Daily News and JPMorgan Chase, which is expected to leave most of its 700,000 square feet at the property for 270 Park Avenue ahead of its lease expiration in 2025, The Real Deal reported.

Once completed, the residential conversion will outfit 25 Water Street with a mix of studio to four-bedroom apartments, a basketball court, sports stimulators and coworking spaces. Newmark’s Evan Layne and Brett Siegel negotiated the sale on behalf of Edge Funds and HSBC.

“GFP, along with their global institutional partners, demonstrated the creativity and tenacity that is required to complete such a transformative and complex transaction in this unique market environment,” Siegel said in a statement. “This transaction represents the largest office-to-residential conversion sale in the history of the United States.”

Metro Loft declined to comment. Representatives for GFP and Edge Fund did not immediately respond to requests for comment.