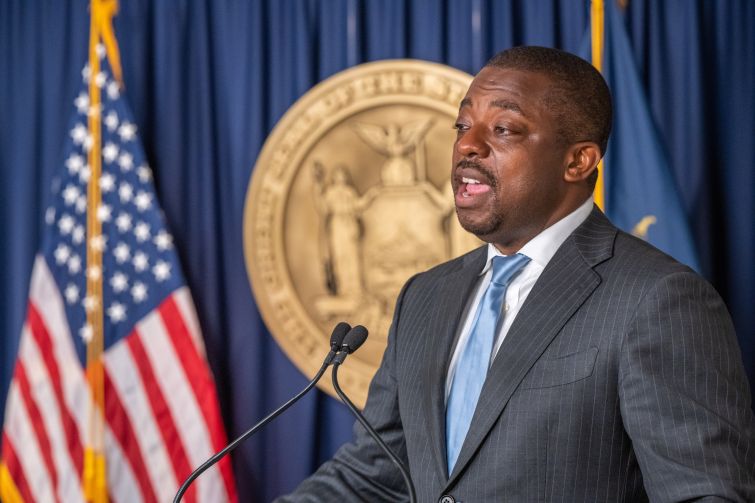 Former Lt. Gov. Brian Benjamin was cleared Monday of the majority of bribery and fraud charges that forced him to resign from his post as Gov. Kathy Hocul’s second-in-command back in April.

Judge J. Paul Oetken, who presides over the Southern District of New York, wrote that federal prosecutors had failed to provide explicit evidence that Benjamin provided a favor in exchange for a bribe.

The five-count indictment that Benjamin was hit with in April accused him of taking campaign contributions while running for state Senate from real estate developer Gerald Migdol in exchange for a $50,000 allocation of state discretionary funds to Migdol’s Harlem-based nonprofit organization.

Oetken said that there was no “explicit quid pro quo” since two $10,000 checks were given to Benjamin’s campaign in the names of relatives of Migdol after the fact, and three of the five counts against the former lieutenant governor were granted dismissal.

However, Benjamin is still fighting two charges pertaining to falsification of records. Benjamin and his attorneys are trying to get the last two dismissed, asking prosecutors to provide evidence of misconduct.

Barry Berke and Dani James of Kramer Levin, the attorneys at the helm of Benjamin’s defense team, issued a statement calling the charges against Benjamin a “tragic” “assault” on the politician who will aim to rebuild his career.

“From the very beginning, we said we are shocked and dismayed that the prosecution would bring such flimsy and unwarranted charges based on nothing more than routine fundraising and support of a non-profit providing needed resources to Harlem public schools,” the defense teams statement read. “Today’s decision shows how these wrongful charges so harmed Mr. Benjamin and unfairly cost him his position as Lt. Governor. The dismissal of this now discredited bribery theory also makes clear how the indictment was a direct assault on the democratic process.”

Benjamin’s arrest signaled the first major crisis for the Hochul administration, which had only a few months prior assumed control of New York in the wake of Andrew Cuomo’s resignation due to sexual misconduct allegations.

The Hochul administration did not respond to a request for comment.