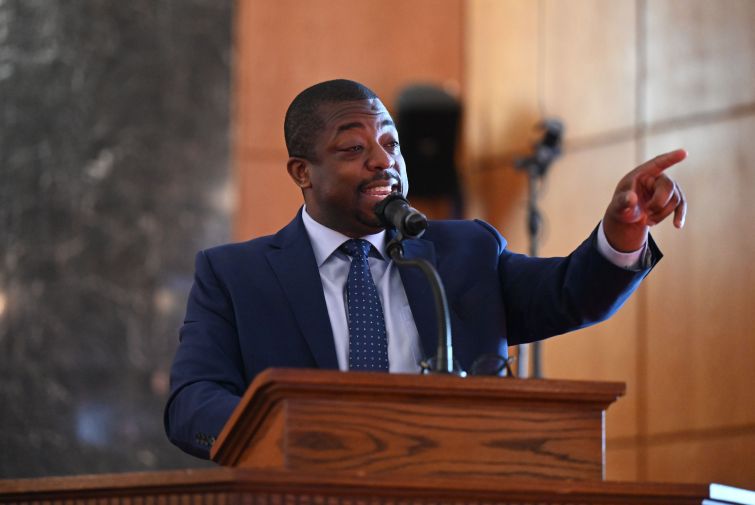 New York Lt. Gov. Brian Benjamin tendered his resignation on Tuesday, only eight months into the job, after being arrested and indicted in an alleged bribery scheme.

Benjamin surrendered to law enforcement Tuesday morning after he was accused of providing $50,000 in grants to an unnamed real estate firm that operates a local Harlem nonprofit in exchange for campaign contributions. Gov. Kathy Hochul announced his resignation at 5 p.m. that day.

“I have accepted Brian Benjamin’s resignation effective immediately. While the legal process plays out, it is clear to both of us that he cannot continue to serve as lieutenant governor,” Hochul said in a statement. “New Yorkers deserve absolute confidence in their government, and I will continue working every day to deliver for them.”

Hochul appointed former state Sen. Benjamin as lieutenant governor in August 2021, two days after she was sworn in to replace former Gov. Andrew Cuomo, who resigned himself following a sexual harassment scandal. Benjamin’s appointment was seen as a move to shore up support for Hochul’s reelection downstate.

The former Harlem state senator’s alleged crimes stretch back as far as 2017 and as recent as September 2021. They relate to his failed bid for New York City comptroller.

The New York City Campaign Finance Board (CFB) first reported some of the discrepancies in his financial filings last year, but said that no taxpayer funding was given to his campaign through the matching funds program.