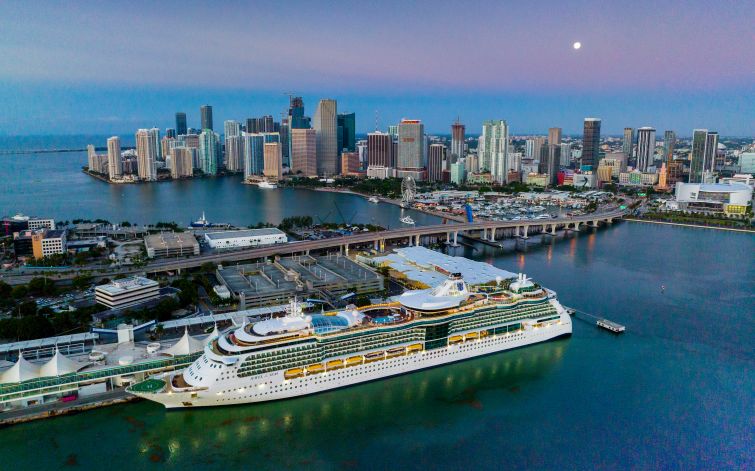 Crystal Cruises signed a 15,206-square-foot lease at the Optima Office Campus in Aventura, Fla., according to the company’s brokers.

Crystal Cruises’ new office, located on the 15th floor of the 28-story Optima Onyx Tower, will house the company’s headquarters. While the company builds out the space, it will be based elsewhere in the Optima campus.

It’s unclear from where Crystal Cruises is relocating from. Illinois-based A&K Travel Group bought the company earlier this year after its parent company, Genting Hong Kong, declared bankruptcy. Prior to the financial hardships, Crystal Cruises, which owns two ships, had an office in Downtown Miami.

“We were searching for a central location that would allow us to execute our growth and operational goals by capitalizing on the talent pool in both Miami-Dade and Broward counties,” Crystal Cruises’ CEO Jack Anderson said in a statement.

The Optima Onyx Tower is the latest addition to the Optima campus, which features three Class A office buildings. Completed this year, the building, which offers 285,377 square feet of leasable space, sits at 1010 South Federal Highway, at the border of Hallandale Beach and Aventura.

Besides the 28-story tower, the campus includes a nine-story building featuring 84,399 square feet of leasable space, as well as a four-story property offering 29,621 square feet. Developers Jose Bromberg and Ariel Bromberg completed the properties in 2013 and remain the owners today, according to property records.

CBRE’s Scott Goldstein and Keith Edelman represented the tenant. Representing the landlord were Juan Ruiz and Jack Davidson of Blanca Commercial Real Estate, who did not immediately respond to a request for comment.