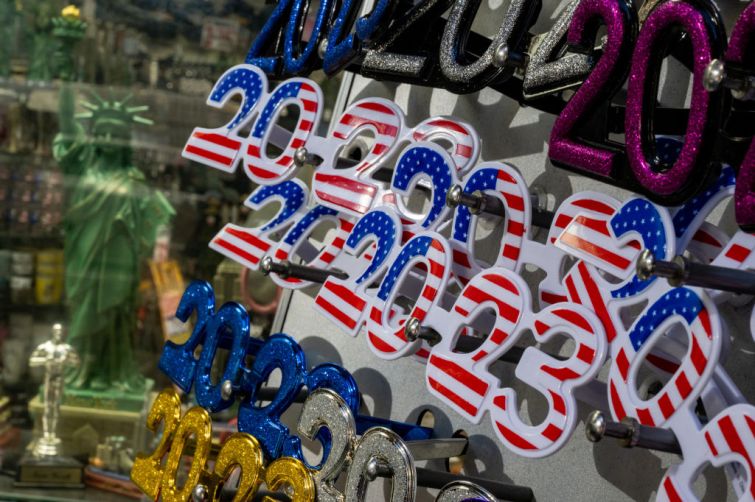 Before we welcome 2023, let’s look at 2022 and how the New York City investment sales market performed, where we are now, and where we might be headed in the new year.

Can you believe that the 10-year Treasury one year ago was 1.48 percent? Doesn’t it seem like that was years ago? I think the thing that 2022 will be most remembered for will be inflation, the unprecedented pace of interest rate increases, and the impact these factors had on the commercial real estate lending markets. To say that things are more challenging today is an understatement.

Coming into 2022, we were very optimistic. In fourth quarter 2021 in Manhattan, the sales market for properties in excess of $10 million saw $8.5 billion of volume and 89 sales, both quarterly highs going back to 2016 (with the exception of the $9.2 billion total in the second quarter of 2019). Interest rates were low, metrics were moving in the right direction, and it seemed like we would be pulling out of an investment sales malaise that began back in October of 2015.

For perspective, in 2015, during the cyclical peak, there were $57.5 billion in sales over 484 transactions. The trough was in 2020 with $11.1 billion in sales over just 104 transactions. In 2021, those numbers increased to $15.75 billion and 191 transactions. Through the first three quarters of this year, we were on pace for $21.7 billion and 215 transactions, increases over last year of 38 percent and 12 percent, respectively. However, given how the market has been impacted by increased interest rates, we expect fourth quarter 2022 results to be well below the yearly trend. The optimism we went into 2022 with is absent from our perspective heading into 2023.

Inflation was tremendous in 2022, but is that a surprise to anyone? If the federal government pumps trillions of dollars into the economy, how could inflation not be impacted? Notwithstanding how much you think the war in Ukraine has impacted things, inflation would still be elevated even if the war never happened. Reducing our ability to produce energy and pumping unprecedented amounts of capital into the economy were a cocktail that could result in only one outcome.

At the same time, many economists believe that the Fed has misdiagnosed the labor market. It scared some folks when the Fed announced that interest rates would “continue to increase until the labor market cools.” However, if we look at the number of jobs in the U.S. economy, there are only about 1.2 million more jobs today than there were in 2019. If we had projected where we would be at the end of 2022 back in 2019, expectations would have been that we would have 3 million to 4 million more jobs by now. The labor market is not overheated, it is undersupplied. This is evidenced by the reductions we have seen in the labor participation rate, which is tangibly lower than it was pre-pandemic. Some economists believe we are being treated for a disease we don’t have. So interest rates have risen and, importantly, they have risen at an unprecedented rate.

In November, the Fed increased interest rates by 75 basis points, the fourth consecutive 75-basis-point increase, after a 50-basis-point increase in March. This unprecedented pace of rate increases was three times faster than the increases we saw during the period from 2004 to 2006. This pace, inexplicably, doesn’t take into consideration that Fed action normally has a many-month lag before the economy is impacted.

For the commercial real estate market, the impact of all of these increases was really not felt until about three months ago. That is the point at which the commercial mortgage market was tangibly impacted and borrowing began to become much more expensive for borrowers. Interestingly, because of this, comparable sales are only starting to become valid for determining value today. Up to now, most closings are occurring based on contracts signed in the old market and do not consider the current financing market. To determine value today, we are relying much more on contract negotiation activity versus transactions that have actually closed.

As we head into 2023, refinancing risk is going to be the most-watched market dynamic. Unlike 2008 and 2009, regulators won’t allow lenders to extend and pretend. So an owner with a $35 million loan on a $50 million asset will be faced with a big decision when the mortgage is maturing and the refinancing proceed available will be $27 million. The first question is, does the owner have the $7 million to put into the property to effectuate the refinancing? If the answer is no, the owner is left with a decision of whether to sell all of, or a partial interest in, the property. If they do have the money, will they choose to “invest” that fresh capital into the asset? These will be profound decisions for folks with debt maturing.

With regard to product type performance, each sector will have its own drivers of activity, and there are currently more questions than answers. In the office sector, how will return to work play out as leverage in the labor market shifts? How will aggregate demand be impacted as flexible working environments ebb and flow? In the industrial market, how will consumption patterns impact the demand for space? Within the multifamily sector, will our elected officials change policy to promote the creation of more supply? In the land sales market, will policy impact property values such that owners are incentivized to sell? In the hotel market, we have seen a tangible reduction in the stock as many rooms have been converted to alternative uses. How will market conditions impact travel patterns? And how will the strength of the dollar impact decisions about where people go and for how long?

From a more macro perspective, will rates continue to rise and, if so, by how much? Inflation, although still elevated, seems to be slowing. Sectors of the economy such as housing, construction and manufacturing are also slowing. However, services are still seeing upward pressure on prices. So will the Fed continue to raise rates or will it pause to let the lag kick in? And will the present yield curve inversion lead to a recession? In 14 of the last 15 times the yield curve has inverted, a recession has followed.

Notwithstanding these questions, one thing is certain: If you ask investors when they made the best deals of their careers, you will universally hear that they were made at times like we are in right now and are likely to see as we head into 2023. Investing in real estate takes capital and, most importantly, guts. Which investors will have the intestinal fortitude to dive in when many will take a wait-and-see position? Will the deals of today be the ones investors look back on fondly, years from now, when they all wish, “If I had only bought more!”

Clearly, there is uncertainty going into 2023 — uncertainty at a level we haven’t seen in a while. Rest assured that we will continue to track all of the indicators that will provide insight into how trends will unfold and will continue to share those insights with you in these pages.

Meanwhile, best wishes for a safe, happy and healthy holiday season and a prosperous New Year!