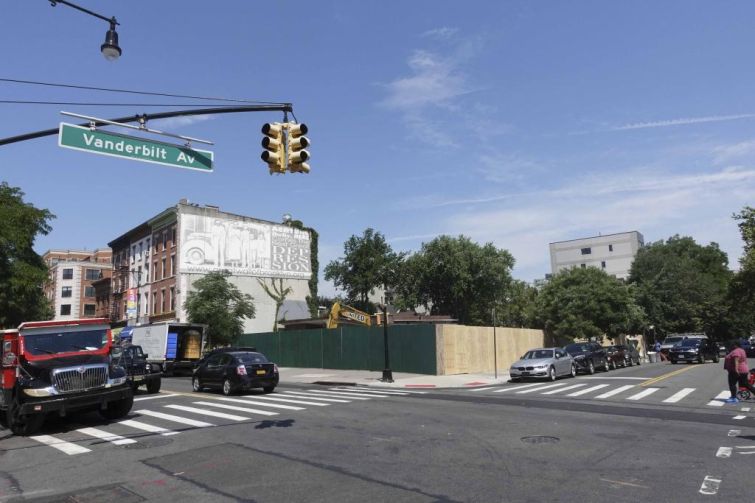 Tankhouse has some new debt in its tank.

An entity associated with the Brooklyn-based developer has scored a $36.2 million building loan from Bank Hapoalim to construct its mixed-use project at 134 Vanderbilt Avenue in Fort Greene, Brooklyn, according to property records made public Thursday.

The debt comes as the long-stalled development starts to pick up speed once again. Last month, Tankhouse secured permits to lay the foundation of its planned eight-story, 26-unit residential asset, although the firm has not yet hired a general contractor to begin construction, according to New York City Department of Buildings records.

Still, Tankhouse expects to complete the nearly 90,000-square-foot residential building, which includes some ground-floor retail space, by 2024, after taking over the project from All Year Management and ODA Architecture last year, according to its website.

All Year had previously planned to build a similar-sized property at 134 Vanderbilt Avenue, a former Cumberland Farms gas station, even inking a deal to buy the parcel from Cumberland in 2014. But the contract never closed, Brownstoner reported.

Instead, Tankhouse purchased the plot at the corner of Myrtle and Vanderbilt avenues for $10 million last year as property prices continue to rise in Brooklyn, Brownstoner reported.

The deal is not the first time Bank Hapoalim has financed a Tankhouse project. The bank also provided a $19.6 million loan for the ground-up construction of Tankhouse’s luxury condominium building at 450 Warren Street in Brooklyn’s Boerum Hill neighborhood in 2020 and $25 million for another condo asset at 219 Jay Street in Dumbo last year, Commercial Observer reported.

Tankhouse and Bank Hapoalim officials did not immediately respond to requests for comment.

Update: This story has been updated to correct that the financing was $36.2 million, not $32 million, and to include the brokers of the debt.