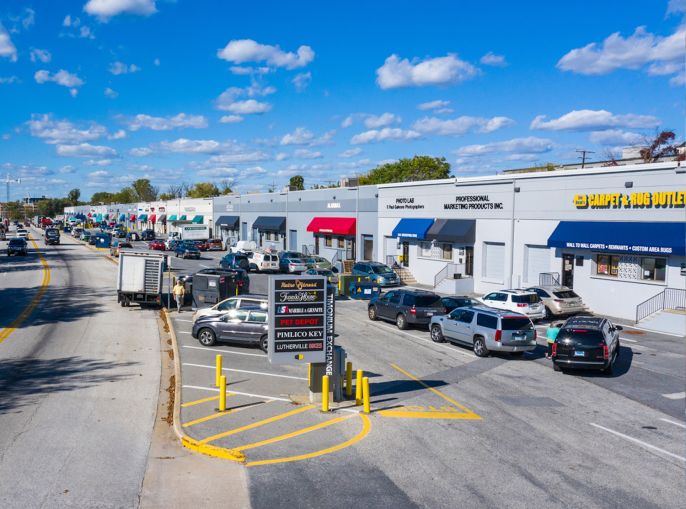 The first indoor facility dedicated exclusively to pickleball is coming to Baltimore County.

The building was developed by St. John Properties in 1970. The property is equipped with 18- to 20-foot ceiling heights and drive-in or front-loading docks and was previously occupied by Retro Fitness.

“The high ceilings and open-space layout at Timonium Exchange are extremely conducive for this use and, given the building’s strategic location just off Interstate 83, Baltimore Pickleball Club will be able to attract participants from a large radius,” Bill Holzman, vice president of retail leasing for St. John Properties, told Commercial Observer. “The availability of free and plentiful parking is another significant advantage.”

The ownership behind Baltimore Pickleball Club includes Bonny Gothier and her daughter Alex Guerriere, who are both big fans of the sport.

“A significant part of our motivation and investment is that we believe Baltimoreans deserve access to high-quality indoor pickleball facilities and we intend to deliver a professional concept to fill this void,” Alex Guerriere said. “We believe pickleball will eventually become a sport played in high school and college, and our facility can also serve as a youth training center and venue for competitions and leagues.”

Pickleball is among the fastest-growing sports in the U.S. More than a half-million people have taken up the sport since early 2021, according to the Sports & Fitness Industry Association.

The facility will consist of four dedicated pickleball courts, a practice wall, and a mezzanine level suited for the viewing of play on the courts below. The ownership group is also considering placing treadmills or exercise equipment for players to warm up and adding an enclosed private viewing area.

Baltimore Pickleball Club will offer drop-in play, leagues and tournaments, and private lessons will be offered from certified professionals.

More than 22,000 vehicles pass the site on a daily basis, and nearly 135,000 people, with an average household income surpassing $145,000, live within a five-mile radius, according to data from St. John Properties.