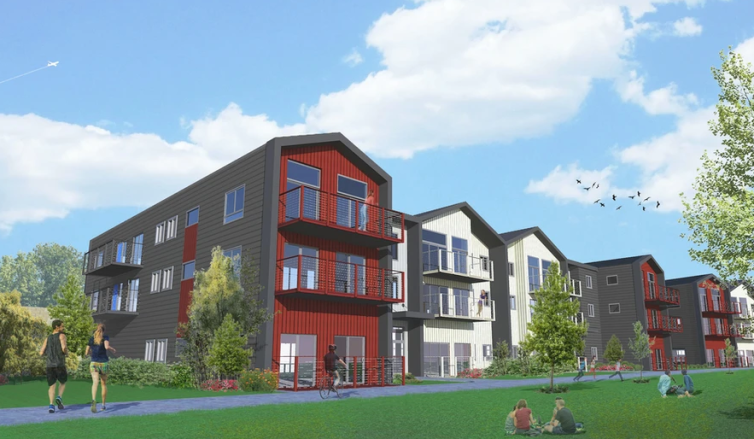 Webster Bank supplied the nonrecourse loan for Farrell to build its Hudson Place at Overlook Farms project in Newburgh, N.Y., on a 32-acre site that was formerly an apple orchard. Farrell, a Long Island-based developer, facilitated a rezoning of the three-parcel site from agricultural to residential use.

Stepniewski noted that the project is attractive due to the low rental housing supply in the Hudson Valley.

“The project is well positioned to capture pent-up demand for quality rental product,” Stepniewski said. “Hudson Place is only 60 miles from New York City, which by way of Metro North results in a one hour and fifteen minute commute to Grand Central Station.”

Located at 5417 Route 9W five miles from downtown Newburgh, Hudson Place will comprise 203 units across 472,500 square feet of living space. The property, which sits on a hillside, will also consist of onsite retail including a grocery store. Some units will have views of the Hudson River.

Joseph Farrell, CEO of Farrell Companies, said he expects the units to be leased up quickly because of a strong desire for newer apartments in the Hudson Valley. Farrell, who has purchased more than 20 properties near Newburgh in the last six years, said a groundbreaking is slated for early 2023 with completion expected in spring of 2024.

“Everything we have opened we have leased up quickly,” Farrell said. “Most of the multifamily product in the Hudson Valley is older.”

Officials at Webster Bank did not immediately return a request for comment.