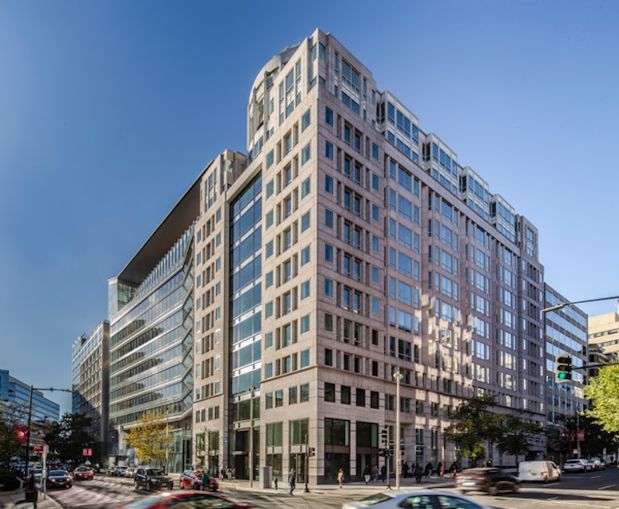 Virtru will occupy the entire fifth floor of the 13-story office building when it moves its headquarters sometime next spring after leaving its current 9,143-square-foot space at 1130 Connecticut Avenue NW in Dupont Circle.

Pembroke has owned the property since 2006 and recently invested in a spate of capital improvements. The building now features a dual-height lobby with a lounge and coffee bar, floor-to-ceiling windows along the Pennsylvania Avenue corridor, and an open-air cupola. It also offers a 5,000-square-foot fitness center.

For Virtru, the move to a new headquarters is part of the company’s strategy to build a multipurpose collaboration hub in D.C., according to John Ackerly, co-founder and CEO, who explained that the larger space will be used for internal meetings, gatherings and training.

“This project marks the doubling down on our strong D.C. identity, as well as the acceleration of our global expansion plans,” Ackerly said in a prepared statement. “We are being very intentional with the development of our new headquarters by sourcing and contracting with local vendors and bringing in the best and brightest from D.C.”

The property is a block from the Farragut West Metro station, across from Edward R. Murrow Park, The World Bank and the International Monetary Fund.

The building is now 70 percent leased.