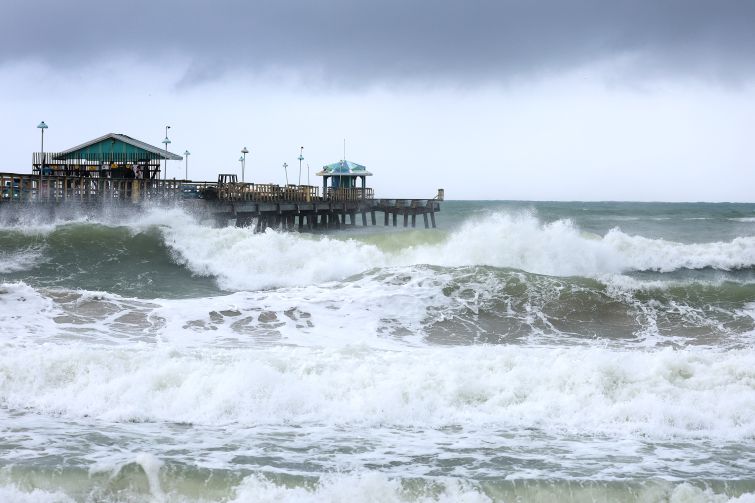 Florida is bracing for another storm, less than two months after Hurricane Ian, one of the most powerful storms in the state’s history, hit its Gulf Coast.

Tropical Storm Nicole, now making its way through the Bahamas with 70 mph winds, is set to make landfall early Thursday as a Category 1 hurricane along the Palm Beach and Martin County border.

If Tropical Storm Nicole does turn into a hurricane, it will become one of the strongest storms to make landfall in the U.S. in November, which is part of the Atlantic hurricane season but rarely sees intense activity.

As of Wednesday morning, storm surges have already breached parts of the barrier island in Martin County, just north of Jupiter Island. Nicole will bring strong wind and “dangerous” storm surges, expected above a foot along Florida’s Eastern coast and above three feet across the state, between Tampa and Tallahassee, per the National Hurricane Center.

With storm-force winds that could stretch well over 400 miles from the center, the sprawling system will likely engulf much of the state until Friday. It’s set to hit the Tampa area Thursday afternoon — near some of the worst affected areas from Hurricane Ian — before moving into southern Georgia Thursday night and the Carolinas by Friday.

Hurricane Nicole is not expected to be as damaging as Hurricane Ian, which slammed into the Fort Myers area in late September as a Category 4 hurricane. The storm killed at least 101 people and could cost roughly $67 billion in insured losses, according to RMS.