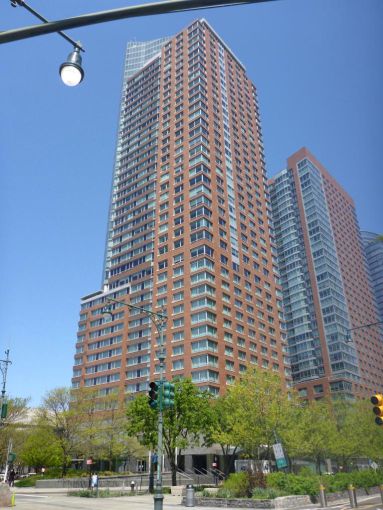 A slew of companies tied to the owners of the shuttered The Wagner hotel in Battery Park City filed for bankruptcy Tuesday to stave off a forced sale of the asset after allegedly defaulting on a $96 million loan.

Firms tied to Howard Wu and Taylor Woods’ company Urban Commons blamed the bankruptcy on the pandemic and a $13.7 million rent dispute with the hotel’s landlord, the Battery Park City Authority (BPCA), and hopes the process will allow it to restructure the debt and settle its bill with the BPCA according to documents filed in U.S. Bankruptcy Court for the Southern District of New York.

Bloomberg Law first reported the news of the bankruptcy filing.

A lawyer for Urban Commons did not immediately respond to a request for comment and a representative for BPCA declined to comment. A phone call Wednesday to The Wagner was not returned.

Urban Commons first bought the hotel, housed on the bottom 12 floors of a 38-story condominium building, for $147 million from Millennium Partners and Westbrook Partners in 2018, taking on $96 million in debt to fund the purchase. It planned to reposition The Wagner into a luxury hospitality destination, but when the pandemic hit Urban Commons was forced to shutter the spot.

The Wagner ran into more trouble when its operator, Highgate Hotels, decided to leave in August 2020, and the hotel closed. Urban Commons claimed in a separate lawsuit that the BCPA — which owns the land the building sits on — stalled the process of securing a new operator to hold onto the property while Urban Commons bled “millions in cash a year.” Its financial troubles came to a head in November when an entity tied to Silver Creek Development filed to foreclose on its $96 million loan.

Urban Commons’ entity tied to the hotel has between $100 million to $500 million in debt, according to the filing. The Chapter 11 proceeding listed at least $39 million in liabilities on the hotel, though it disputed the millions in unpaid rent it owes BPCA and $1.8 million in outstanding operating bills to Highgate, according to court records.

Those bills could exceed the hotel’s value, said Adam Stein-Sapir, a bankruptcy expert and portfolio manager at Pioneer Funding Group, who is not involved in the case.

“[The hotel] certainly is not worth what they paid for it in 2020,” Stein-Sapir said.

The Wagner hotel isn’t the only problem property for Urban Commons. The company was sued for allegedly keeping $1 million an investor gave it for the purchase of 18 distressed hotels after the deal fell apart, The Real Deal reported. In a separate lawsuit, Urban Commons was accused of taking $2.4 million from a COVID-19 relief loan intended to pay employees of its Queen Mary ship in Long Beach, Calif., the Los Angeles Times reported.