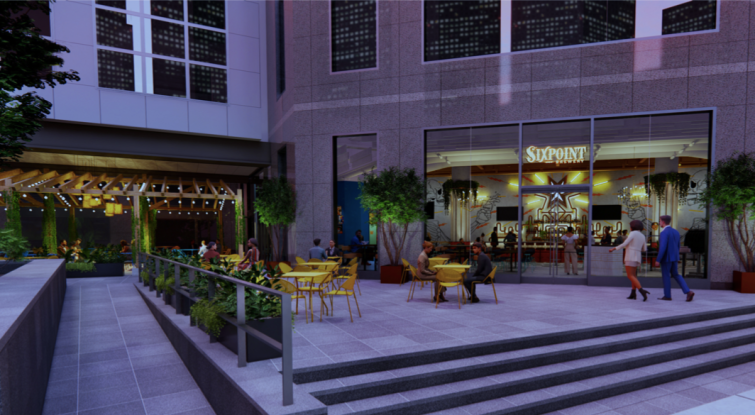 Sixpoint Brewery is expanding from Brooklyn to Brookfield Place and opening a taproom and beer garden at 200 Liberty Street.

The Red Hook-based brewery signed a lease for 7,500 square feet to house the taproom section and another 2,500 square feet for the outdoor beer garden at the base of 200 Liberty, one of four towers in Brookfield Place, according to Brookfield Properties.

The landlord declined to disclose the length of the lease or the asking rent.

Sixpoint was founded in 2004 out of a small brewery on Van Dyke Street in Red Hook and was bought by brewery holding company Artisanal Brewing Ventures in 2018 for an undisclosed amount.

The brewery — known for its Sweet Action Ale and Bengali IPA — opened its first taproom earlier this year at City Point in Downtown Brooklyn.

Brookfield handled the deal in-house via Jason Maurer and Elisa Young along with Patrick Smith of JLL. Peter Whitenack and Andrew Connolly of Newmark represented Sixpoint. Newmark and JLL did not respond to requests for comment.

“We considered many options to enhance our exceptional food and beverage program here at Brookfield Place,” Maurer, executive vice president of national urban retail at Brookfield Properties, said in a statement. “Sixpoint’s first Manhattan location at Brookfield Place, which will feature a full menu of craft food and award-winning beers, is a great addition to the neighborhood, offering a taste of Brooklyn here in Battery Park City.”