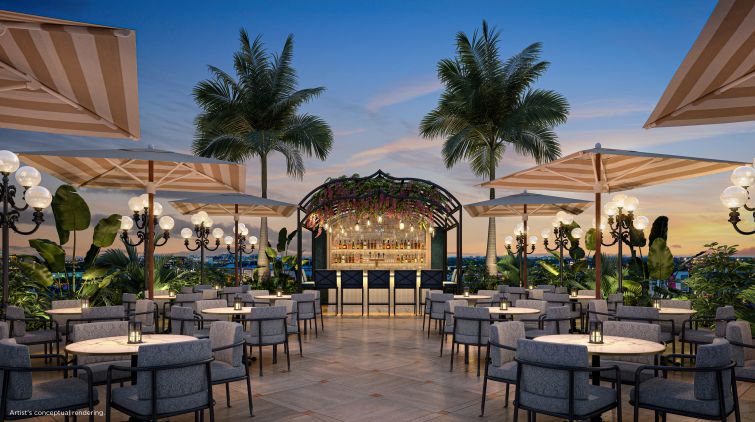 Even as interest rates continue to jump, Wynnwood condos are topping $2,000 a square foot in sales — hitting a new benchmark for the Miami neighborhood, which recently added condos to a neighborhood known for its warehouse-turned-retail outposts.

The Related Group, Miami’s largest condo developer, is under contract to sell a pre-construction condo on the top floor of the The NoMad Residences Wynwood development just shy of $2,000 per square foot, bringing the total price to over $1.6 million, senior vice president Nicholas Perez told Commercial Observer.

“We’re very bullish on Wynwood as a neighborhood,” Perez said.

The sale comes only months after a Diesel-branded condo development, just one block west of the NoMad, nabbed a similar sale. In September, a 2,400-square-foot penthouse unit went under contract for $2,000 per square feet, fetching $2.2 million as the total sale price, said Patrick Pires, director of marketing and operations at Bel Invest Group, the project’s developer.

These sales are the most expensive residences to go into contract in Wynwood on a per-square-foot basis, both executives said. For perspective, the average price per square foot in Brickell, a high-rise-clad, sought-after neighborhood in Miami, was $689, according to Douglas Elliman’s latest quarterly report.

The Wynwood condo deals are “a turning point,” said Dwntwn Realty Advisors’ Tony Arellano, a broker who’s been active in Wynwood for 17 years. “You can compare it to the good old days of neighborhoods like [New York’s] SoHo or the Meatpacking District. Buying in culturally vibrant growing neighborhoods has historically been a pretty good idea.”

Back in the 1980s and ’90s, artists took over abandoned factories in SoHo and the Meatpacking District, which prompted developers and investors to turn them into the multimillion-dollar apartments of today.

In Wynwood’s case, worn-down warehouses were rehabilitated to house cultural institutions and installations, such as the Rubell Museum and the Wynwood Walls. After the pandemic hit, Wynwood has emerged as a live-work-play district, attracting office developers and high-profile companies such as venture capital firm Founders Fund and accounting giant PwC.

But the neighborhood lacks residential offerings, housing only 1,608 units, most of which are rentals, according to a 2021 report from the Miami Downtown Development Authority. By comparison, Edgewater, a neighborhood just east of Wynwood, holds 13,010 units.

Condo buyers are eager to get in at the beginning of Wynwood’s supposed new frontier, real estate executives say. Even though the top-floor units of the Diesel development hadn’t yet hit the market, a prospective buyer kept inquiring about them. Pires finally relented, proposing what he considered a “pretty high offer” of $2,000 a square foot. To the executive’s surprise, the deal went through.

“We thought he was going to flake, but he didn’t think twice,” Pires said. “He’s been watching Wynwood for the past 10 years — he’s into finance — he knows the type of return on investment he’ll be getting.”

As Wynwood has become a hotbed for development and land prices have skyrocketed, condos provide an easier path for investors to own a piece of the neighborhood, said Dwntwn Realty’s Arellano.

The units are indeed geared toward them. Condos in both projects tend to be small for Miami, spanning between 500 and 2,400 square feet. The NoMad project will have no restrictions for short-term rentals, allowing owners to lease their residence on sites like Airbnb. Those units also come fully furnished.

“You literally just need a toothbrush to move in,” said Related’s Perez, who declined to identify the buyer or the size of the unit.

The NoMad and the Diesel developments will break ground, respectively, in the first half of next year and next month. Both buyers, who are based in the U.S. and were not identified, have signed contracts and paid deposits. (While some of the Diesel sales were made in part through cryptocurrency, Pires said that none was used for the $2.2 million deal.)

The NoMad development, a joint venture with Sydell Group and Tricap, will rise nine stories, featuring 329 condominiums, half of which have been reserved, with prices starting at $500,000. The project, at 2700 NW 2nd Avenue, is the first condo branded after The NoMad Hotel, a trendy New York establishment from the 2010s that shuttered during the pandemic.

The Diesel project is also the Italian fashion brand’s first foray into real estate. Located at 148 NW 28th Street, the development will hold 159 units with starting prices at $500,000.