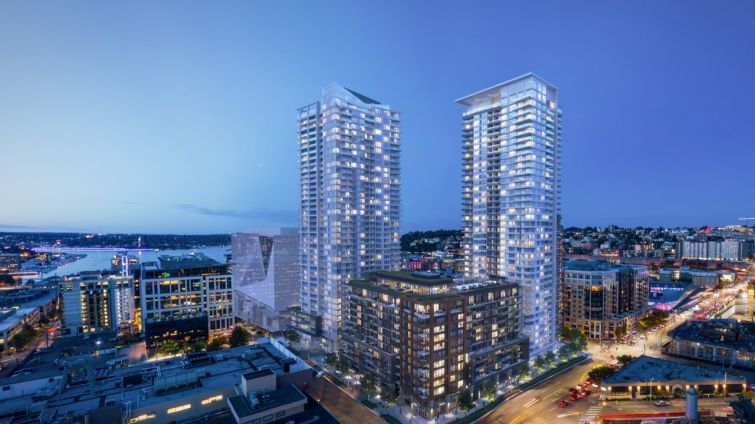 The Emerald City just got a little greener.

The financing comes at a time of heightened market volatility — to say the least — proving there’s still plenty of capital out there for the top sponsors with the right transactions.

“We are pleased to partner with Onni Group to support the refinancing of this high-quality, newly developed multifamily project in South Lake Union, a growing life science and technology hub,” Jimmy Yung, managing director at Blackstone, said. “Seattle is experiencing increasing demand for best-in-class housing that caters to the city’s growing workforce, and we are proud to be part of this project.”

The property sits in a prime spot at 112 Boren Ave North in the trendy neighborhood, which buzzes with restaurants, food trucks, shopping and nightlife.

South Lake Union is one of the highest density tech centers in the U.S., and the property sits adjacent to giants such as Amazon, Google and Meta. The area is also a growing life sciences hub, attracting research institutions such as the Bill & Melinda Gates Foundation, the University of Washington School of Medicine and Fred Hutchinson Cancer Center.

No stranger to the area, in July 2021 Blackstone made another bet on Seattle’s multifamily market, acquiring the Ascent Lake Union Apartments and the Marlowe Apartments for $302.8 million, as reported by The Registry.