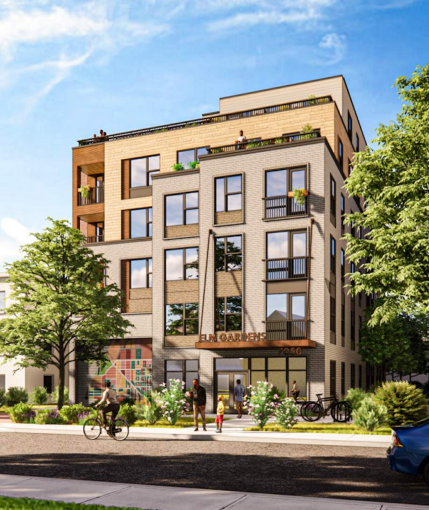 “The acquisition of EGA aligns with NHPF’s mission to preserve and create affordable housing, allowing NHPF to deliver up to 110 units of affordable housing,” Michael Simon, NHPF’s lead developer on Elm Gardens, told Commercial Observer. “EGA is naturally occurring affordable housing, subject to the D.C. rent-control laws. Upon acquisition, an affordability restriction would be placed on the property, which is sufficient to qualify for a partial real estate tax exemption.”

In addition, the Elm Gardens Apartments will be refinanced into a Low-Income Housing Tax Credit (LIHTC) transaction,  at which time the project will become subject to a LIHTC use restriction for a minimum of 30 years.

“EGA was at risk of being acquired by a for-profit developer, which likely would have resulted in the residents being permanently displaced, and the building being replaced with market-rate rental or condominium units,” Simon said. “NHPF looks to deliver a modern, predominantly affordable, amenity- and service-enriched building that is adjacent to a Metro station.”

The developer’s plan calls for the existing building to be demolished.

“NHPF will redevelop the project by replacing the existing 36-unit building with a new building of up to 110 units, with amenities and services that currently do not exist at EGA,” Simon said.

The new building will include a higher percentage of larger two-bedroom units than the existing building and larger unit sizes. The development also includes amenities that are less common in affordable housing developments, including a fitness center, a community space and a roof deck.

Elm Gardens is located at 7050 Eastern Avenue NW. The property is in the Rock Creek East Planning Area, an area that was designated to build 1,500 units of affordable housing by 2025 in Mayor Bowser’s housing plan.

CBRE represented the seller in the deal.

Construction is slated to begin in 2024