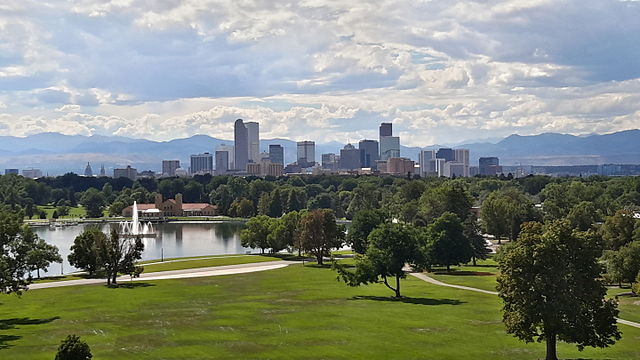 Multifamily properties in the Denver-Aurora, Colo., MSA had the highest margins with an average operating expense ratio of 37 percent. Photo: WikiCommons

“In our observations, revenue per occupied unit included gross earnings for a multifamily property. Total revenue per unit comprised base rents as well as ancillary income, which included supplemental tenant services such as parking, laundry and common area amenities.

“CRED iQ aggregated year-end 2021 financial data by metropolitan statistical area (MSA) for the 100 largest primary and secondary multifamily markets. Revenue figures were then analyzed on a per-unit basis and adjusted for property-level occupancy performance to determine the highest-grossing multifamily markets in the country. As a baseline, average revenue per occupied unit across all primary and secondary markets was approximately $1,568.

“Isolating the top 20 markets, the average revenue per occupied unit was $1,918 — roughly 22 percent higher than the average for all markets. MSAs located in California accounted for seven (35 percent) of the top 20 markets with the highest revenue per occupied unit. Among the top MSAs in California were San Jose and San Francisco, both ranking in the five highest-grossing multifamily markets.

“The Bridgeport-Stamford-Norwalk, Conn., MSA had the highest average revenue per occupied unit in 2021 with $2,648. Operating leverage averaged about 45 percent with average operating expenses per unit of $1,203. The Bridgeport market barely edged out the New York-Northern New Jersey-Long Island MSA, which had average revenue per occupied unit of $2,644 — less than 1 percent lower than Bridgeport.

“The average operating leverage for the New York MSA was approximately 44 percent, which was in line with the Bridgeport MSA. New York and Bridgeport were two of six submarkets with average revenue per occupied unit that was greater than $2,000. Accounting for operating expenses on a per-unit basis, the top 20 highest-grossing markets had an average operating expense ratio of 44 percent.

“The Denver-Aurora, Colo., MSA had the highest margins with an average operating expense ratio of 37 percent, while multifamily properties in the Buffalo-Niagara Falls, N.Y., MSA performed with the biggest operating leverage, equal to 50 percent.

“When accounting for lower operating leverage, markets can be viewed more favorably based on net operating income (NOI) potential. Comparable expense-per-unit figures can vary widely across markets in a number of categories, including real estate taxes, insurance premiums or utility costs.