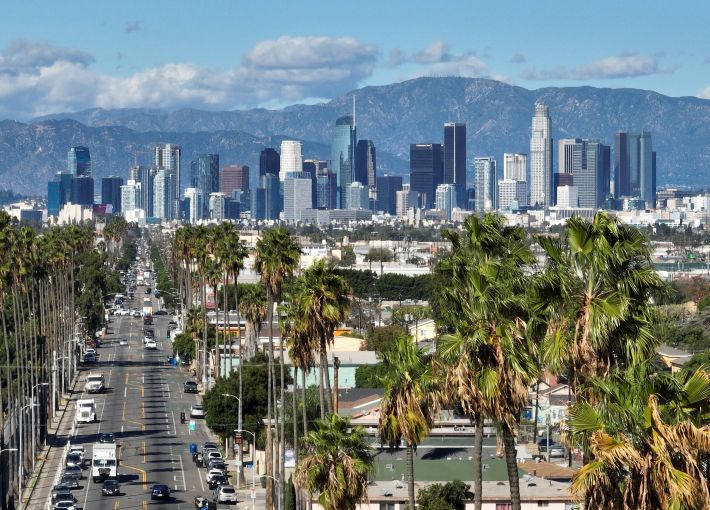 Construction completions for new apartments are expected to reach a 50-year high this year, totaling 420,000 units, according to a recent study by RentCafe.com. Los Angeles Times via Getty Images

I have been renting a relatively confined one-bedroom apartment in Los Angeles for the past five years and despite recent U.S. data that points to a pause in rent increases, an upgrade is still unlikely any time soon as prices remain too lofty.

We just saw the November 2022 Apartment List National Rent Report decline by 0.7 percent in October, which marks the second straight month-over-month decrease. This statistic seems hopeful to renters like me that are being squeezed by not just high rents but the extra strain of inflation that has made everything more expensive, from groceries to gas – a generally indispensable commodity in Southern California.

Yet, I believe this rent decline is a temporary pause rather than a lasting correction, certainly in high-density economic hubs such as Southern California, the Northeast and popular U.S. metro areas. What we’re seeing is essentially the pendulum swinging back from the sky-high levels of 2021, but not a rightsizing of much significance.

The main reason for rents continuing to stay at significant heights (the average monthly rent in Los Angeles is close to $3,500) is the fact that current market dynamics are unlikely to change significantly, especially in our region, which has been plagued by several ailments that aren’t going to be remedied any time soon.

For one, even with a slowdown in home price appreciation, the average cost for a house in Southern California is still a whopping $891,770 in September, and therefore remains quite unattainable for many. Plus, with the Federal Reserve continuing to battle inflation with interest rate hikes, the average 30-year fixed rate mortgage has more than doubled to 6.61 percent the week of Nov. 14 from 3.10 percent a year ago.

Secondly, our region’s supply-demand equation on the rental side is also out of whack in great part due to high development costs. For example, construction completions for new apartments are expected to reach a 50-year high this year, totaling 420,000 units, according to a recent study by RentCafe.com. Yet for Los Angeles, a metro area of more than 12 million people, that equates to a mere 6,456 units. Plus, labor shortages, high material costs and supply chain challenges exacerbated by the effects of the COVID pandemic, continue to hamper additional development. Hence, headwinds will remain brisk for those renting in this market forcing many to either stay put or to make compromises they might have tried to avoid prior, such as moving into less desirable neighborhoods or getting roommates.

The supply-demand imbalance in this region has also resulted in a curious trend sometimes referred to as house hacking. When house hacking, nifty homeowners are trying to generate income from their properties, such as renting out a converted garage or even unused barn, or building a so-called accessory dwelling unit. I believe these creative ideas might help alleviate some of our housing shortages in Southern California, but might ultimately not be the first choice for those seeking housing.

As a result of this supply-demand imbalance in many markets such as Southern California, we expect a larger number of those looking for rental space to seek assistance from agents. In markets such as New York, using an agent is already commonplace, whereas it is less of a practice in regions such as Southern California. This is likely to change as the competition for the area’s scarce inventory will make it increasingly difficult navigating the rental process on their own.

So, as we’re approaching the new year with a potential recession on the horizon, continued high interest rates and lasting inflation, the relief many Southern California renters had hoped for is likely to remain elusive.

Michael Lucarelli is CEO of RentSpree.