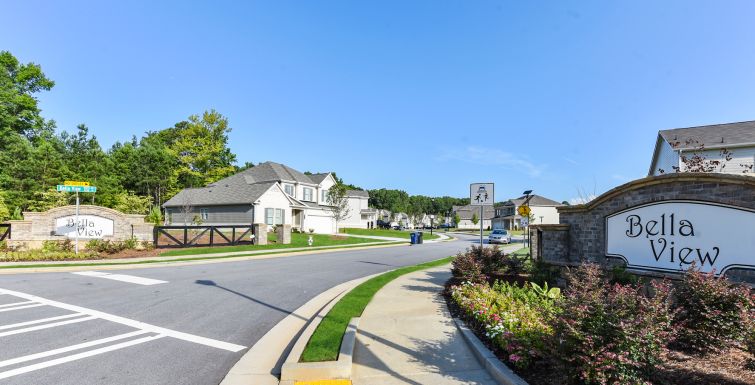 With the housing market handicapped by generationally high mortgage rates, two firms are putting their chips on the table.

J.P. Morgan Global Alternatives and build-to-rent firm Haven Realty Capital are injecting funds into a joint venture to either acquire or develop more than $1 billion in new build-to-rent housing, as rising interest rates and inflation have deflated mortgage opportunities.

For their first move, the joint venture has pooled $415 million in equity to target three communities in the area of Atlanta comprising about 250 homes. They expect to close the deal on the acquisition within 90 days, the firms announced.

“The for-sale housing market has been significantly hampered by recession fears, inflation and rising interest rates, placing a burden on homebuilders and their ability to add to the housing stock,” Haven founder and managing principal Sudha Reddy said in a statement. “This partnership will allow us to continue working with U.S. homebuilders, who are becoming increasingly comfortable selling entire communities to operators like Haven to lease to residents who want to live in a home but can’t afford to buy or prefer to rent.”

J.P. Morgan and Haven will be looking at buying 50 to 200 homes per transaction, with floor plans ranging between 1,500 and 2,500 square feet. Most of the houses will be two to four bedrooms with two-car garages.

Other markets the two firms plan to target include Nashville, Knoxville, Chattanooga, Charlotte, Phoenix and Las Vegas. The JV will use the funds to double what is already in Haven’s current portfolio of 3,500 homes across 35 developments, according to a spokesperson.

The El Segundo-based Haven has been growing its own portfolio, reaching $1.2 billion in assets under management in March, and Reddy predicted in June that despite profit margins shrinking in the rental housing market that it would eventually make up for increasing costs with an increasing number of tenants.

A spokesperson for the joint venture did not disclose how many communities in total Haven and J.P. Morgan plan to invest in or how much of the funding would go toward building entirely new subdivisions.

As the federal reserve continues to crank up interest rates, fewer Americans have been looking to buy throughout the course of late 2021 and 2022.

Early in the year, single-family rents nationwide increased by 12.6 percent on a year-over-year basis, especially in Miami where there was a 39 percent spike, according to a March report from CoreLogic.

With more people forced to rent, the potential boon to landlords encouraged a multifamily construction boom not seen since 1986. The number of construction permits filed from August to July jumped 28 percent, according to a report from the U.S. Census Bureau and the U.S. Department of Housing and Urban Development.