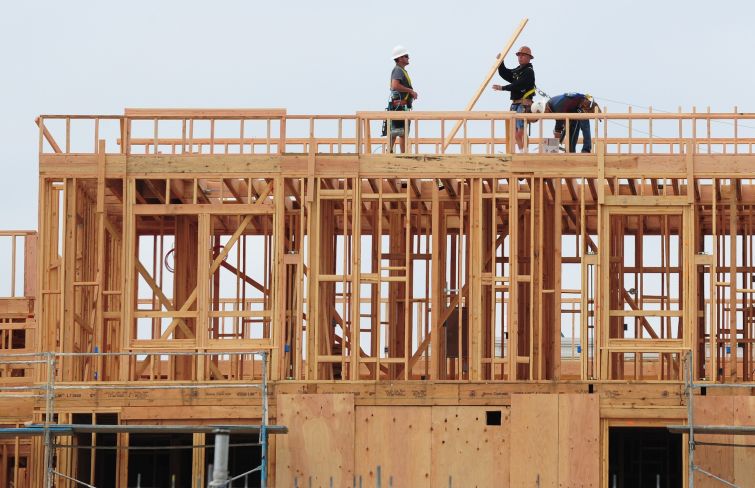 Rising interest rates are killing the single-family housing market, which in turn is powering a multifamily construction boom at a level not seen since 1986.

Nationally, permits to build multifamily housing, which included rental units, jumped 28 percent in August compared to July, while permits for single-family dwellings were up just 3.5 percent, according to a report released Tuesday by the U.S. Census Bureau and the U.S. Department of Housing and Urban Development.

The new findings come after many Americans rushed to buy homes during the pandemic, a time when mortgage rates fell to around 3 percent and the health crisis forced many to rethink life in an urban environment.

But now higher price tags for single-family homes, combined with the highest mortgage rates since 2008, are pricing buyers out of the market, leading to a dramatic slowdown in the housing market.

The decrease in housing starts is not the only indicator of a weakening housing market. The National Association of Home Builders (NAHB) released its own assessment of the housing market on Monday from the perspective of those in the business of actually building homes.

The results are not pretty.

“Buyer traffic is weak in many markets as more consumers remain on the sidelines due to high mortgage rates and home prices that are putting a new home purchase out of financial reach for many households,” NAHB Chairman Jerry Konter said in a statement. “In another indicator of a weakening market, 24 percent of builders reported reducing home prices, up from 19 percent last month.”

These numbers are in line with the trajectory seen since earlier this year, beginning with the Federal Reserve’s efforts to rein in the highest inflation numbers in decades. Thus far this year, the Fed has raised interest rates from nearly zero to its current range of 2.25 percent to 2.50 percent, with many analysts expecting an additional 75 basis point rise will be approved Wednesday.

With interest rates rising, the average rate on a 30-year fixed mortgage has increased as well, surpassing 6 percent last week, the highest level since 2008.

The result has been an increase in demand for rentals as potential homebuyers opt to wait for better terms, or simply can’t afford to buy. These same obstacles also have Americans looking from one city to another in search of cheaper housing, according to findings released Tuesday by Redfin.

“The overall slowdown and the popularity of relocating are both due to high home prices and mortgage rates that have doubled since last year,” Redfin deputy chief economist Taylor Marr said in a statement. “Six percent mortgage rates are exacerbating already high home prices and motivating home buyers — especially remote workers — to leave expensive areas for more affordable ones.”

San Francisco, Los Angeles, New York City, Washington, D.C., and Boston were in the top five in terms of where people are packing their bags and leaving, compared to Seattle, Las Vegas, Philadelphia, Salisbury, Md., and Portland, Maine, where Americans are settling instead.