Buyers are offering less, lenders are pulling back, and developers are slowing down 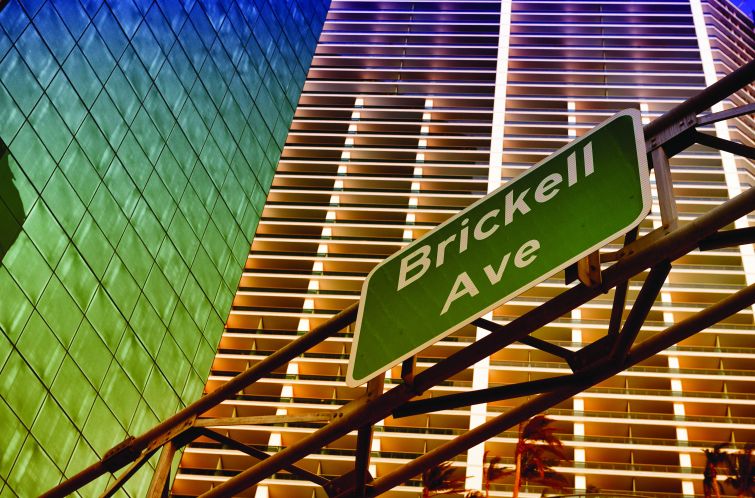 South Florida has been one of the hottest rental housing markets in the nation. But even in sunny Miami-Dade, Broward and Palm Beach counties, higher interest rates have cast a shadow on debt-funded acquisitions of apartment buildings and multifamily development.

Despite the fundamental strengths of South Florida, including low unemployment and a growing population, the five interest rate hikes by the Federal Reserve from March through September are proving to be tough hurdles. The hikes raised borrowing costs, restraining apartment investments by leveraged buyers and complicating construction financing.

“You’re not seeing a lot of trades. The debt is either hard to get, or pricing is just very high compared to where it was,” said Brett Forman, the Boynton Beach-based executive managing director, Eastern U.S., of real estate investment firm Trez Capital. “Buyers are offering less, and sellers don’t want to capitulate, so you’re really just not seeing as many transactions take place.”

During the 12 months ended in June, multifamily rental property sales in South Florida surged to $16.7 billion, an increase of 176 percent from the preceding 12-month period, according to a market research report by real estate brokerage CBRE. South Florida had the sixth-fastest sales growth rate among U.S. metropolitan areas and the second-largest sales volume.

Some landlords in South Florida may have rushed plans to sell their apartment buildings before the Fed’s tight monetary policy tilted market conditions, said Callum Weaver, executive managing director of brokerage firm Cushman & Wakefield in South Florida.  “Sales activity in the first six months of the year was exceptionally strong. It’s fair to say a large portion of that was front-loaded,” he said. “Over the summer, we absolutely saw a slowdown.”

Multifamily property sales in tri-county South Florida totaled just under $5 billion in the first half of the year, nearly a record amount, second only to sales in the first half of 2021, according to Cushman & Wakefield. The average sale price per unit during the January-June period set records in all three counties: $325,000 in Miami-Dade, $300,000 in Broward and $370,000 in Palm Beach. But the record transaction volume is unlikely to be replicated in the second half of the year.

“No doubt, the second half of this year is going to have fewer sales than the first half. It’s still going to be a robust year overall. But the reality is, it’s not at the same pace,” said Weaver. “Interest rates are higher, and it’s harder to get deals done.”

As interest rates have risen, loans to acquire rental property have covered a shrinking percentage of the sale price as buyers commit more cash to close deals, the Cushman & Wakefield executive said.  “So previously, maybe you were trying to get a loan for 75 percent of the purchase price. Today that would be less,” Weaver said. “Every deal is different. We’ve seen deals occur with 50, 55 percent leverage. People are bringing more cash to the table. But all-cash deals? Very, very few.”

While new financial hurdles emerge in multifamily investment, fundamental forces are still driving high multifamily development. Population growth, for example, has been a powerful propellant behind apartment construction in South Florida, driven to a large extent by faster in-migration from high-tax states since the 2020 outbreak of the COVID-19 pandemic. South Florida’s population grew in the first six months of 2022 by 47,400 residents, according to data from Cushman & Wakefield — which equates to the entire population of  cities like Coral Gables and North Lauderdale.

High home prices in South Florida have broadened the market for rental housing, and this year’s increase in mortgage interest rates has exacerbated unaffordability. Single-family home prices in the tri-county area dipped during summer but remain too pricey for people unable to pay half a million dollars for a house. From July to August, the median sale price of a house fell from $570,000 to $551,250 in Miami-Dade County and from $600,000 to $562,500 in Broward County, according to a monthly report by the Miami Association of Realtors.

Lofty rents and low vacancy rates also have encouraged apartment development despite higher interest rates. South Florida apartment rents average around $2,500 a month, and apartment vacancy rates are lingering in the low single digits, according to a third-quarter 2022 market report by brokerage firm Marcus & Millichap. In June, the apartment vacancy rate was 3.6 percent in Fort Lauderdale and 4 percent in West Palm Beach, the brokerage reported, and vacancy in Miami was likely to settle at 2.6 percent by year end. Developers expect to deliver 11,957 newly built apartments in the three metro areas in 2022 — about half of them in Miami, a third in Fort Lauderdale, and a fifth in West Palm Beach.

But even in development, higher borrowing costs are having an effect. Though rental housing market conditions remain strong in South Florida, pricey construction loans could imperil projects by compounding the problems of lofty labor and material costs. “There’s just a lot less construction financing available now,” said Trez Capital’s Forman. “A lot of the banks have pulled back.”

Cushman & Wakefield’s Weaver also expects multifamily construction to drop due to borrowing obstacles. “New [multifamily] construction starts are likely to notably decrease as construction loans have become more challenging,” he wrote in his midyear report on the South Florida market.

“A lot of the lenders who normally would be hungry to do new deals are indicating that they want to revisit projects in the first quarter of next year,” said Peter Mekras, president of Miami-based Aztec Group, a commercial real estate lender. Mekras was working with several developers who were set to start construction of multifamily projects. “But there’s probably just as many [multifamily] projects that are teed up and ready to go that will be shelved temporarily, or for a longer term,” he said, citing tougher terms for construction loans.

Some developers say higher costs for labor and materials are a bigger challenge than elevated borrowing costs. “The interest rates are not that big of a deal,” said developer Matthew Jacocks, a principal of Lee & Associates South Florida, who plans to build 245 apartments together with 10,000 square feet of commercial space in Lauderhill, a suburb of Fort Lauderdale. Jacocks expects to obtain a construction loan with an interest rate in the range of 6 percent to 9 percent, which he would pay off with a permanent loan. “We’ve talked to FHA lenders about permanent financing, and FHA is pretty aggressive; we’re looking at 5 percent,” Jacocks said in an interview in early October.

“The more prohibitive aspect is the construction costs that have increased,” he said, citing price increases since 2021 for various types of cement that range up to 19 percent, or $30 per cubic yard. “That has a bigger effect than interest rates, really.”

Development sites are expensive, too. The Everglades, the Atlantic Ocean and other geographic constraints limit land availability as South Florida’s population and economy expand. “There is a lack of housing, and there’s more product needed,” Weaver said. “But there’s a limited amount of land in South Florida. It’s not like, say, Dallas or Las Vegas, where they just build and build.”

Compared to other rental housing markets across the nation, “South Florida is definitely an outlier in terms of the type of employment and population growth that we have, and the fact that we have very desirable demographics as high earners and the affluent move here,” said Aztec Group’s Mekras.

Still, South Florida’s volume of leveraged multifamily sales “will fall materially,” Mekras said, citing higher borrowing costs and a decline in bank financing for such deals. “If you can accomplish an interest rate below 5 percent, you’re doing great,” he said in a September interview. “Most rates today are going to be between 5 and 5.5 for fixed-rate, long-term financing.”

Some buyers may struggle to hold on to apartment buildings they bought with bridge loans, hoping to pay them off with lower-cost, long-term mortgage loans. “The people who took on shorter term bridge financing, time will tell whether they have a challenge or not,” Mekras said. “If interest rates continue to rise, that could be problematic for a lot of people.”

The increased cost of debt has made sellers of rental properties more willing to negotiate with creditworthy buyers, said Michael Denberg, a Fort Lauderdale-based partner of law firm Saul Ewing Arnstein & Lehr, which represents investors in rental properties. “It used to be that when you were buying, the sellers could dictate the terms very easily. Today, there aren’t as many buyers because of the interest rate environment,” Denberg said. “Quite frankly, if a seller is selling and there’s a hiccup, he’s more willing to negotiate, because he doesn’t want to go back out to market with that product again. He may come in with millions less.”

High borrowing costs are expected to recede as the Federal Reserve lowers inflation with higher interest rates. “So far, it has just been a cost factor,” said Fort Lauderdale-based developer Dev Motwani, managing partner of Merrimac Ventures. “And a year from now, there’s talk that the Fed will be cutting rates by then.”

But interest rates may remain stubbornly high as the Federal Reserve reduces its vast holdings of U.S. Treasury securities instead of buying more, the easy-money practice of “quantitative easing.” Rising consumer prices have been a problem before, but Fed policy never has induced inflation as much as now, Mekras said.

“I think we are in a truly unprecedented environment,” he said. “People fail to realize that the United States Federal Reserve owns almost 19 percent of the Treasury market.”

But while the interest rate drama plays out, in South Florida, price cuts are anathema to many owners of apartment buildings for sale, and fewer deals are closing, said Broward County broker Julie Abolafia.

“With borrowing costing so much more, it has absolutely created not only a slowdown but also a real problem between expectations of the seller and expectations of the buyer,” said Abolafia, a managing director at Coral Springs-based brokerage firm Meridian Commercial.

“Sellers were experiencing all-time-high valuations of their properties, and the volume of sales was through the roof in the last couple of years,” Abolafia said. “But they expect too much.”