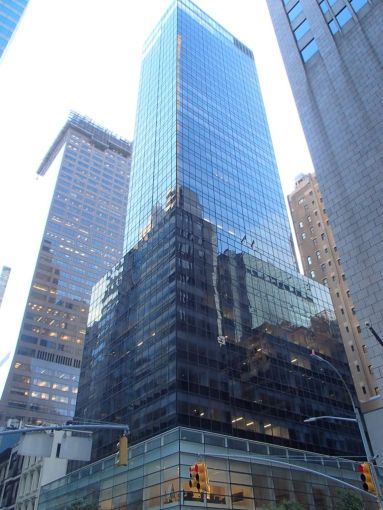 DivcoWest Real Estate Investments has scored a $170 million loan from SunTrust Bank and BNY Mellon to help fund its $310 million purchase of 540 Madison Avenue from Boston Properties, according to city records filed today.

This financing was arranged by CBRE‘s Tom Traynor and James Millon. It consolidated and replaced previous debt, some of which was provided by SunTrust, and included roughly $15 million in separate, new indebtedness. It closed on Aug. 12.

The sale of the 37-story property closed in June and it marked DivcoWest’s second acquisition in New York.

DivcoWest, which currently has offices in Los Angeles, San Francisco, Boston and Washington, D.C., has planned to house its New York office at the property.

“DivcoWest continues to like New York’s fundamentals as an innovation hub,” Ariel Aber, a senior director of acquisitions at DivcoWest, said in a statement in August, announcing the sale. “We are pleased to add 540 Madison Avenue to our portfolio and believe its [in a] core and central location, surrounded by transportation and amenities and strong tenant roster make it an attractive building.”

The roughly 290,000-square-foot property was built in 1970 and last renovated in 1999, according to information from Boston Properties’ website. As of July, the building was 89 percent leased.

In August 2008, Boston Properties, in a joint venture, announced that it had picked up 540 Madison Avenue as well as Two Grand Central Tower from Macklowe Properties for a combined $705 million; a huge chunk of the nearly $4 billion, four-property portfolio deal it struck with Macklowe that summer.

Divco’s second New York asset is The Press Building at 311 West 43rd Street, according to its website. It bought the 14-story building for $131 million from Billy Macklowe’s William Macklowe Company in December 2018, and Citizens Bank refinanced it in March with a $91 million loan, records show.

SunTrust was not able to provide comment before publication.