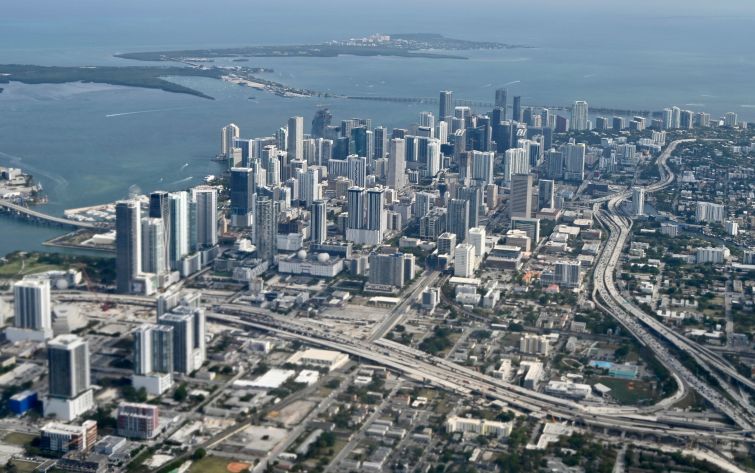 The Hollo family’s long-planned supertall tower in Downtown Miami is one step closer to getting underway.

FECR has now moved into an 8,500-square-foot office on the 17th floor of 1101 Brickell, which the firm owns, the company announced Tuesday.

The move signals that long-awaited plans are moving forward for the supertall development.

The demolition of the existing 19-story office building, which sits on a 2.2-acre site, will begin during the second quarter of 2023 and is expected to take about 10 months to complete. Construction for the skyscraper will commence shortly thereafter, said a spokesperson for the firm, who did not comment on whether the firm had secured construction financing.

The 3.2 million-square-foot tower, to be called One Bayfront Plaza, will feature space for offices, a hotel, an upscale mall and a luxury residential component. FECR has owned the property, which is situated between Southeast Second and First streets, facing the southern end of the Bayfront park, since 1989.

“Although 100 South Biscayne has provided us with so many incredible memories of the growth and evolution of our organization, this redevelopment process now affords new opportunities to create another vibrant, signature project that will contribute to Miami’s impressive skyline and economic activity,” Jerome Hollo, co-CEO, said in a statement.

The development has been years in the making for the Hollo family. FECR first proposed building a two-tower complex, but reduced the development to one building in 2016.