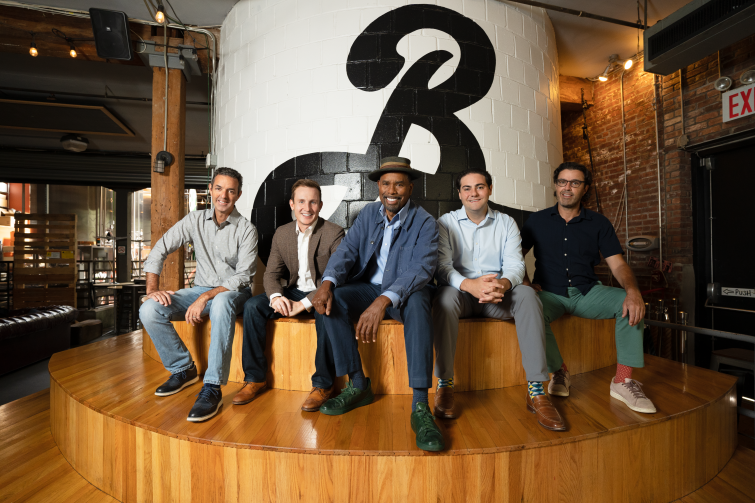 Brooklyn Brewery plans to shutter its brewery and taproom at 79 North 11th Street in Williamsburg — where it’s served up its brews for more than 25 years — in the summer of 2024 and open a new 41,000-square-foot space inside the planned eight-story commercial development 1 Wythe Avenue, said Verada Retail’s Nathaniel Mallon, who represented the brewery and landlord Shlomo Karpen.

The new location, four blocks from its old spot, will grow the brewery’s footprint by about 11,000 square feet and let it hire at least 40 new employees, Mallon said. Asking rent was $75 per square foot in the 30-year lease, which includes options to renew.

“I’m true-heartedly happy that they found a new home in the neighborhood that they helped create,” Mallon said. “It allows not only for them to stay [close to] home but for job creation and for the neighborhood to keep some of its traditions alive.”

Its basement, first- and fourth-floor space at the development between Banker and North 15th streets will include a taproom, corporate offices and brewing and research operations, according to CEO Eric Ottaway.

Brooklyn Brewery was founded in 1988 by Steve Hindy and Tom Potter and set up shop in the exposed brick warehouse on North 11th Street in the 1990s, in what was once a gritty section of the city. At the time, it was the first commercial brewery to open in Brooklyn in 20 years, the New York Times reported.

But over time the neighborhood transformed from an industrial area into an artists’ outpost and now an upscale enclave with pricey apartments, restaurants and high-end retailers. In 2016, its North 11th Street home was sold to Atlas Capital Group for $37 million, leaving the brewery looking for new (and cheaper) space, despite its international reach.

“When we moved to Williamsburg in 1991, spaces were practically being given away since the neighborhood was considered pretty sketchy,” Ottoway said in a statement. “The ongoing commercial development of the area puts pressure on the ability of manufacturers like ourselves to remain in the area.”

Brooklyn Brewery planned to move to the Brooklyn Navy Yard, but pulled out of the deal in 2017 because the location was too much of a schlep for its customer base, the Times reported. Mallon said he considered 67 Kent Avenue on the Williamsburg waterfront, as well as Bushwick and Sunset Park’s Industry City for the brewery’s new home, but approached Karpen right after his firm, One Wythe, purchased 1 Wythe Avenue for $15.3 million in 2018.

The beer business was able to score a deal on the rent with Karpen thanks to the property’s special zoning, which allows Karpen to construct an eight-story, 82,000-square-foot office, retail and industrial building on the three-block parcel in exchange for including the industrial space, Mallon said.

“The zoning in the area played a significant part in this transaction being possible,” Mallon said. “Without the [zoning] requirements, manufacturers would be priced out of the market, totally transforming the area and neighborhood. Basically, it all would have become super-expensive luxury condos or hotels.”

Hindy, who retired from the brewery in 2020 but remained on its board of directors, did not immediately respond to a request for comment on the new location.