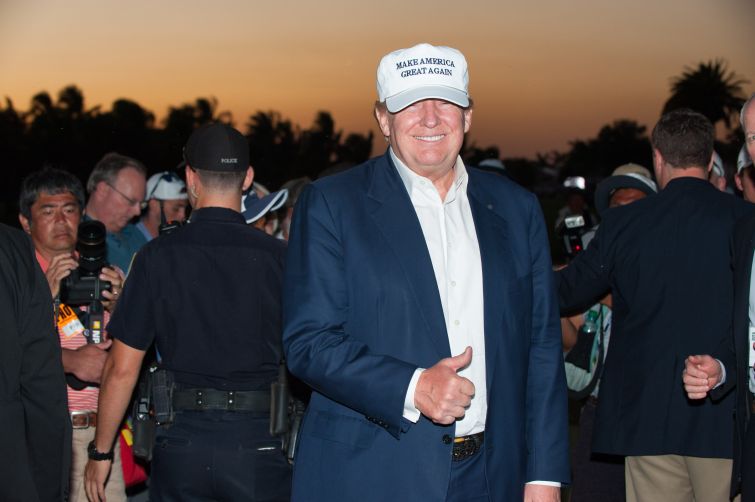 The proposal from President Donald Trump’s organization to build a 2,209-unit condo complex at the Trump National golf course in Doral, Fla., was approved on first reading Wednesday night at a meeting of the local planning agency.

But The Trump Organization will still need to return with more details at a later time for full approval by the city to build on a mostly vacant 56-acre site. The new development would be adjacent to the Trump National Doral resort, home to the Blue Monster golf course, and a 470-room hotel resort with 107,432 square feet of retail space and 185,415 square feet of amenities.

The applicants are seeking a zoning change from “county mixed use” to “downtown mixed use” in order to build a larger structure, which will be limited in height by the Federal Aviation Administration due to flight patterns to and from Miami-Dade Airport.

Increases in traffic, the height of the building and impacts to schools from adding more residents to the small community split the vote, with one Planning Agency member stating that there was not enough information for the body to make an informed decision.

“As I said for the record, it’s not that I’m against the project. It’s a great project, but at this moment in time, I’d rather have more information before moving forward,” Councilman Pete Cabrera said during the Wednesday night meeting.

Other concerns were for preserving the golf course, iconic to the City of Doral — which, after all, has the Blue Monster on its official seal.

“We are not touching a blade of grass on this golf course,” a Trump Organization representative told the Local Planning Agency, stressing that the existing amenities aren’t going anywhere.

Heidi Brzyski, the managing broker for Trump International Realty in Jupiter, Fla., said these would be second or third homes for golfing enthusiasts who would mainly stay within the community and the resort while in town.

“They’re looking for a lifestyle, to move into a golf course community and to be able to use all the amenities that are steps away from them,” Brzyski said during the hearing. “So you’re not going to have an influx of a lot of people. … They’re looking for smaller condominiums. They don’t want these homes because they’re not down here enough.”

The Trump Organization and its representatives, which included former Republican state Sen. Miguel Díaz de la Portilla, will need to go before the city council with more information about how the development will impact schools and traffic before it can proceed to the next hurdle of approval.

That could be as early as the first quarter of 2023.