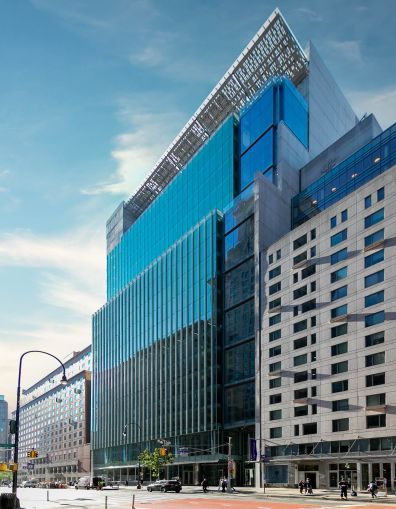 The Fedcap Group, owners of Civic Hall, signed a 25-year lease for six floors of the 21-story development at 124 East 14th Street to open Civic Hall @ Union Square in early 2023, according to developer RAL Development Services.

A spokesperson for the landlord declined to provide the asking rent.

Civic Hall @ Union Square will have 25 classrooms for a digital training center, a startup incubator, a conference and events center, and a “collaborative community space,” according to RAL.

“The anticipated opening of Civic Hall @ Union Square makes us particularly proud, as we believe that offering tech education in a central, transit-rich location like Union Square will make a genuine difference to the fabric of New York City,” Spencer Levine, president of RAL, said in a statement.

RAL and co-developer Junius Real Estate Partners have been working to turn the former P.C. Richard & Son property into a tech hub offering cheaper offices to young companies and other space set aside for larger firms.

Plans for Civic Hall to open a location at Zero Irving date back to 2018 when the developers were seeking a rezoning to build the 240,000-square-foot development. The lease was just finalized recently, though, partly because Fedcap acquired Civic Hall in 2021 during the negotiations, the developers said.

“Civic Hall @ Union Square will be the crown jewel of digital skills training, collaboration and innovation in the tech sector for New York City and beyond,” Christine McMahon, president and CEO of Fedcap, said in a statement. “Civic Hall @ Union Square will not only lift and provide a sustainable economic future for many individuals too often left behind in our economy, but also the pipeline to meet the tremendous workforce need for New York City’s thriving tech sector.”

“I was delighted to be of service to Civic Hall in this most important work for our community,” Schuman said in a statement.