Slate Property Group snatched up the site, as well as a $126 million refinance on its other shelters in New York City. 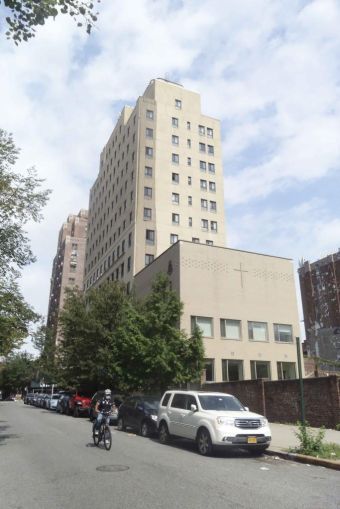 The Salvation Army made a pretty penny with a $42.6 million sale of its shuttered addiction rehabilitation center in Fort Greene, Brooklyn.

The charity sold the 13-story center for men experiencing homelessness or suffering from addiction at 62 Hanson Place and the adjacent empty lot at 68 Hanson Place to Slate Property Group, Crain’s New York Business first reported. The deal closed Sept. 30, according to property records made public Friday.

Slate also nabbed a $126 million collateral mortgage — a type of debt that can be increased as the value of a property increases — to finance the deal and refinance a handful of other purchases across New York City. A firm associated with Bear Creek Asset Management provided the debt, which covered loans on Slate’s Manhattan women’s center, Susan’s Place, at 427-429 West 52nd Street and a Gowanus, Brooklyn, family shelter at 399 Third Avenue among others.

It’s unclear what Slate’s plans are for the center and Bear Creek, Slate and Slate’s attorney did not immediately respond to requests for comment.

The Salvation Army has owned the 57,200-square-foot building and neighboring empty lot between South Elliott Place and South Portland Avenue since 1969, according to property records. Both parcels were put up for sale last year, and an Avison Young team was charged with marketing the assets as a development site with 64,000 square feet of on-site air rights, according to a statement from the brokerage at the time.

It was not immediately clear who from Avison Young brokered the deal, and a representative for the firm declined to comment.

Emily Fu contributed to this report She can be reached at efu@commercialobserver.com.