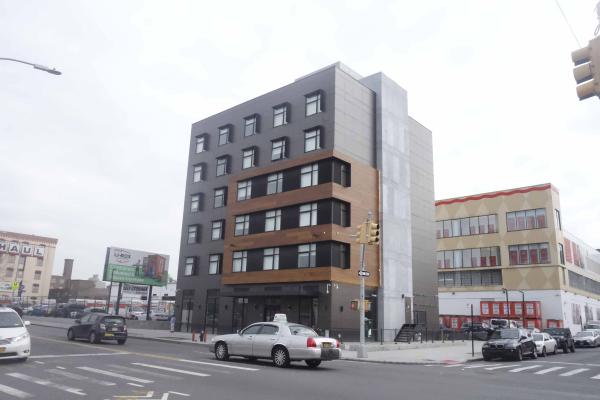 The investor behind the LLC 399 3rd Avenue Propco has nabbed a $92.7 million collateral mortgage from a Colorado-based hedge fund for its purchase of a family shelter in Gowanus, Brooklyn.

A company associated with Bear Creek Asset Management provided the financing to the entity for the 58-bed shelter at 399 Third Avenue in a deal that closed on Aug. 4, according to property records made public Wednesday.

Bear Creek officials and Yoel Zagelbaum, who signed the deal for 399 3rd Avenue Propco, did not respond to multiple requests for comment.

The six-story facility, operated by Praxis Housing Initiatives, was originally constructed as the Hotel Lyn in 2013. Its previous owner converted the property into a family shelter in 2019, after they inked a $29.13 million, five-year contract with the New York City Department of Homeless Services (DHS), Bklynr reported.

It’s unclear what the new owner’s plan are for the shelter, but a collateral mortgage is a type of debt that can be increased as the value of the property increases. The shelter’s new owner, 399 3rd Avenue Propco, spent more than $30 million to purchase the site at the corner of Sixth Street and Third Avenue in two deals that closed Aug. 4, according to public records. The firm purchased the leasehold on the property for $24.7 million from Jai Shri Krishna and dropped $5.8 million for the land under the building from 1320 Atlantic Realty Corp., property records shows.

The transaction comes just under a year after the New York City Council green-lit a bill to rezone Gowanus, allowing developers to construct up to 22-story buildings as of right. The city expects the rezoning to bring 8,000 new homes, including 3,000 units of income-restricted housing to the neighborhood.

The property is now in zone M1-4, however, which only allows for commercial development, one source said. The entity 399 3rd Avenue Propco, through two affiliates, has spent a good chunk of change on other New York City shelters in the last year. East 193rd Street Propco bought the Montefiore Family Health Center at 360 East 193rd Street last year for $18.7 million from Liberty One Group. And 427 West 52nd Propco snatched up the Manhattan women’s center, Susan’s Place, at 427 West 52nd Street for $25.2 million last year from an affiliate of luxury hotel owner Shimmie Horn.

Praxis and DHS officials did not respond to requests for comment.