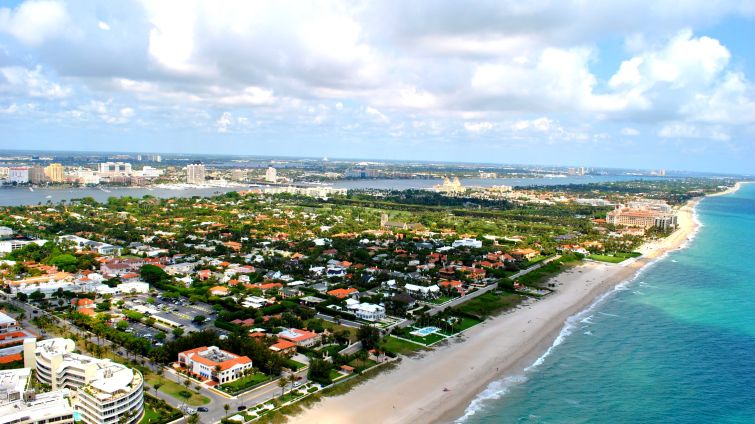 Oko Group and Cain International snapped up a pair of Palm Beach co-op buildings — most likely setting the stage for first residential development in the uber-wealthy island town in years.

The joint venture paid about $150 million for both the Edgewater House and The Ambassador Palm Beach Hotel & Residences, which are located across the street at 2720 and 2730 S. Ocean Boulevard along a strip of condominium buildings.

The oceanfront Ambassador Palm Beach Hotel & Residences, built in 1947, holds 97 units. In 2019, the seller, Copperline Partners, had paid $35 million for 69 units, buying the rest of the apartments over the past three years.

The other property, Edgewater House, which faces the Intracoastal Waterway and was built in 1967, holds 37 units. Copperline bought the property last year for $26 million. The firm also owns the Brazilian Court Hotel in Palm Beach’s town center.

“At this time, the Ambassador Hotel & Residences Palm Beach will continue to operate as normal,” the buyers said in a statement. However, the partners will most likely seek to tear down the properties and develop an ultraluxe condominium.

If redeveloped, Oko and Cain’s project would mark the newest condo development in Palm Beach in years, if not decades. Most condo properties in Palm Beach were built during the second half of the 20th century.

Palm Beach — which boasts one of the country’s wealthiest zip codes, home to numerous billionaires, such as investors Nelson Peltz and Stephen Schwarzman — has also seen its residential market take off in recent years as wealthy northerners relocated down during the pandemic.

Even after a series of interest rate hikes in recent months, Palm Beach’s market remains strong. The average price of a condo in the town rose by 62 percent just under $2 million over the past year, according to Sotheby’s International Realty’s 2022 third quarter report.

The purchase marks the latest partnership between Oko and Cain. In Miami, the duo is developing 830 Brickell, an office project that’s attracted a slew of high-profile companies such as Citadel and Microsoft, as well as a string of condominium projects, including Una Residences and Missoni Baia as well as One River, a luxury rental development in Fort Lauderdale.

A representative for Copperline could not be reached for comment.