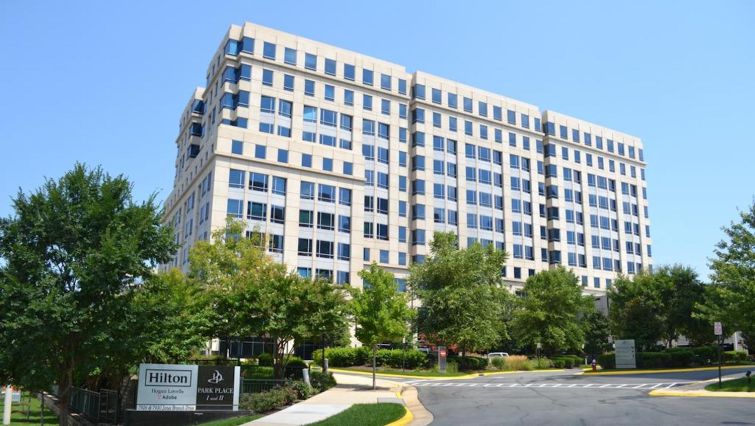 Leasing increased moderately in Northern Virginia during the third quarter of 2023, with net absorption coming in at 55,031 square feet, according to Newmark’s latest office market report — a big difference compared to last year’s 35,731 square feet for the same period.

The leasing numbers were buoyed by the 220,000-square-foot renewal of Hilton at 7930 Jones Branch Drive in Tysons, which represented the second-largest lease since the pandemic began.

Right behind Hilton was Boeing’s 118,780-square-foot lease at 12701 Fair Lakes Circle in Fairfax.

Despite these factors, the report noted that rents continued to rise, with average asking prices coming in at $34.90, growing 1.1 percent year-over-year.

There were no new buildings delivered during Q3, and none is expected for the rest of 2022, although Amazon’s HQ2 will bring more than 2 million square feet during the first quarter of 2023.

Two projects did begin construction during the third quarter, according to Newmark’s report: Fuse at Mason Square, a 360,000-square-foot development at 3351 Fairfax Drive, that will serve as R&D labs, classrooms and offices for George Mason University; and the 161,000-square-foot 1875 Reston Row Plaza, a mixed-use development in Reston.

Newmark research predicts that vacancy will drop from 21.1 percent to 20.4 percent in Northern Virginia by the third quarter of 2024.

“Northern Virginia continues to build on its reputation as a hub for technology, government contractors and cybersecurity firms,” the report said. “The ability to keep luring top-tier firms within these industries, in part due to the relatively friendly business environment in Northern Virginia, has been a driving factor for the area.”