‘People who work in these projects want to know that they’re coming back to something that is different and special, and isn’t your ordinary workplace.’ 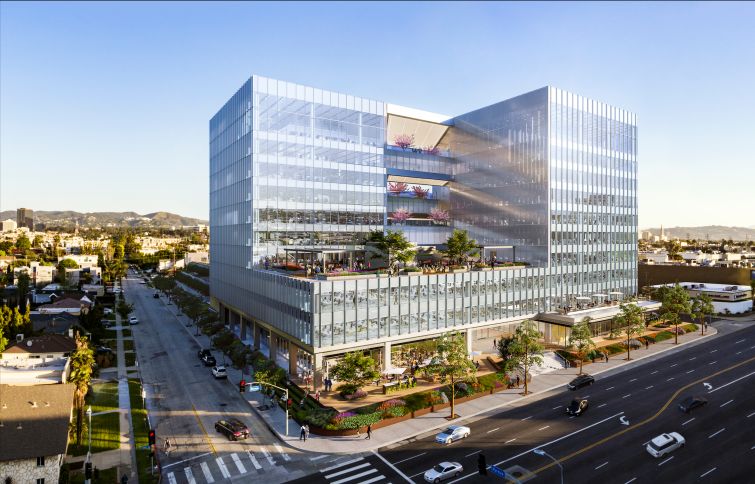 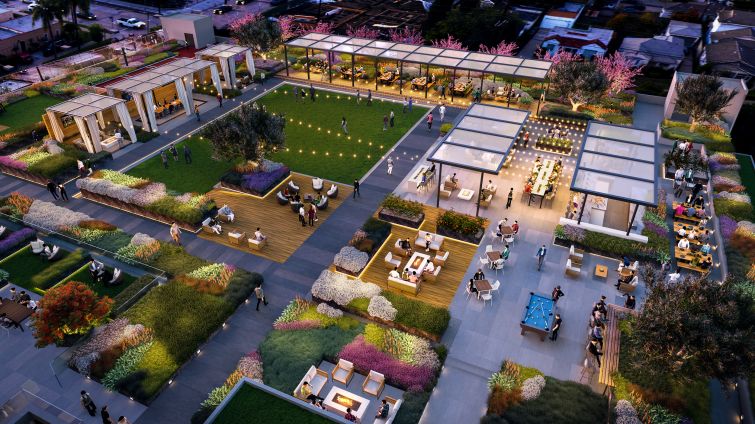 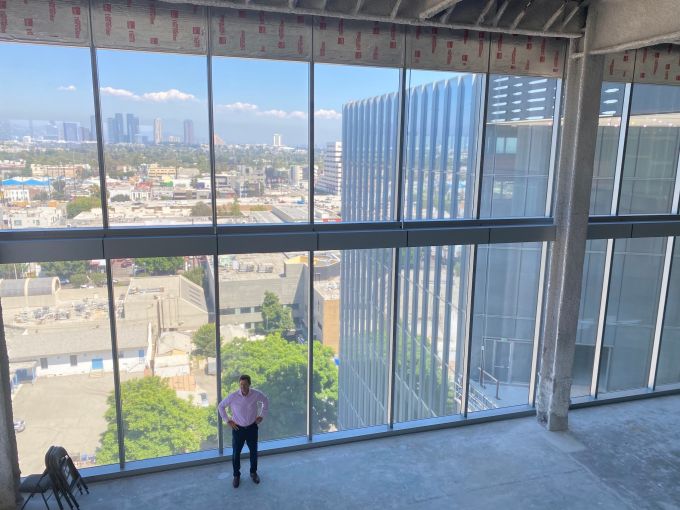 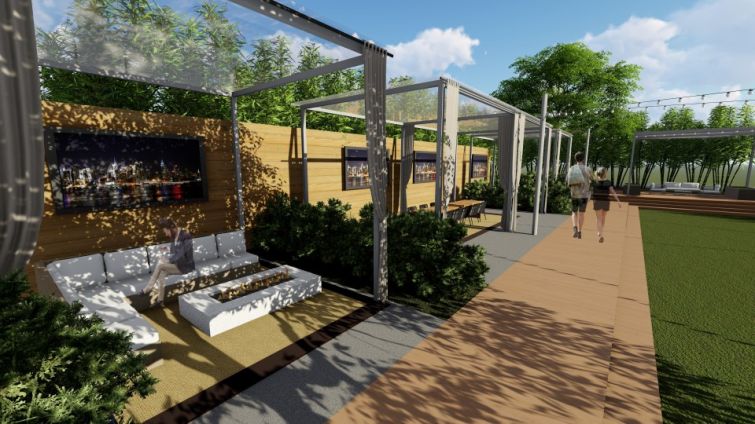 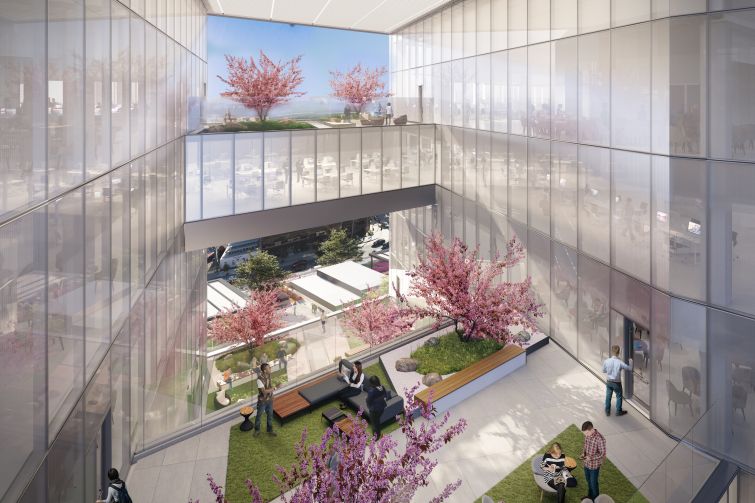 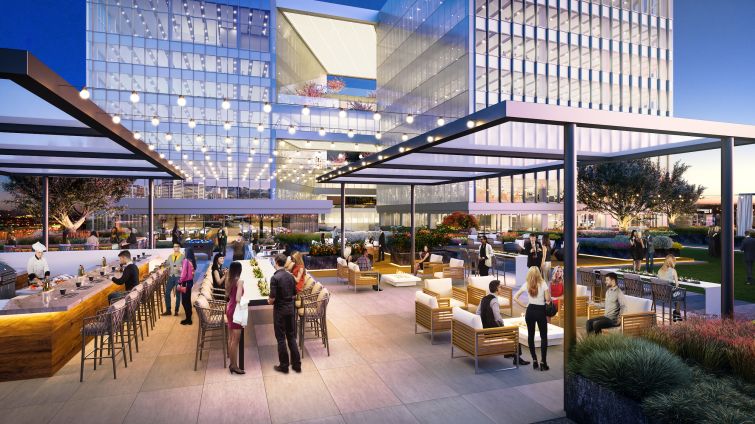 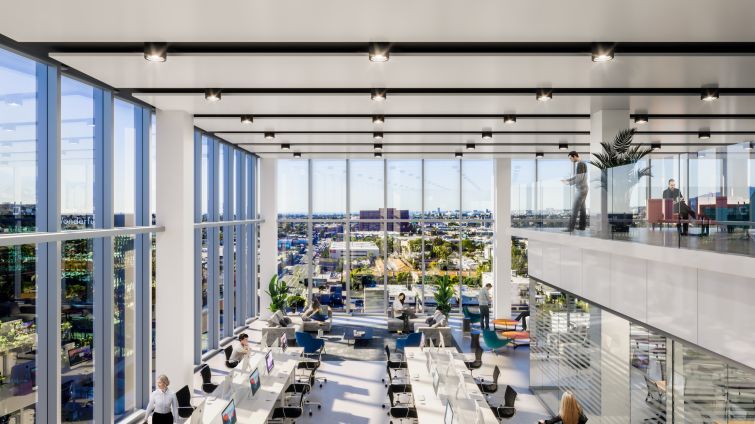 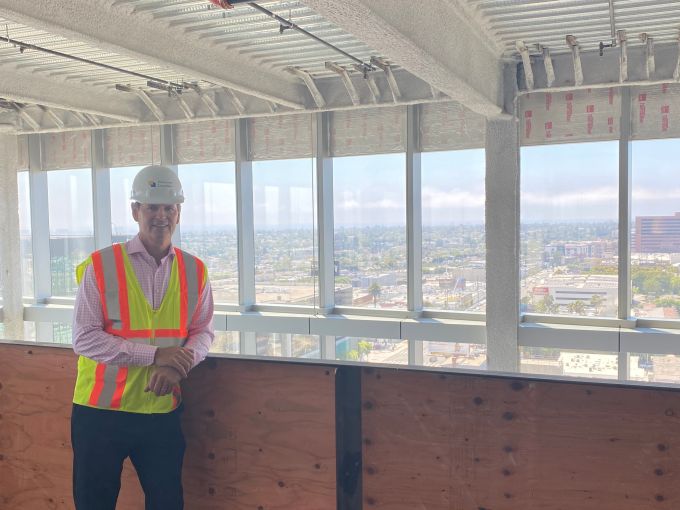 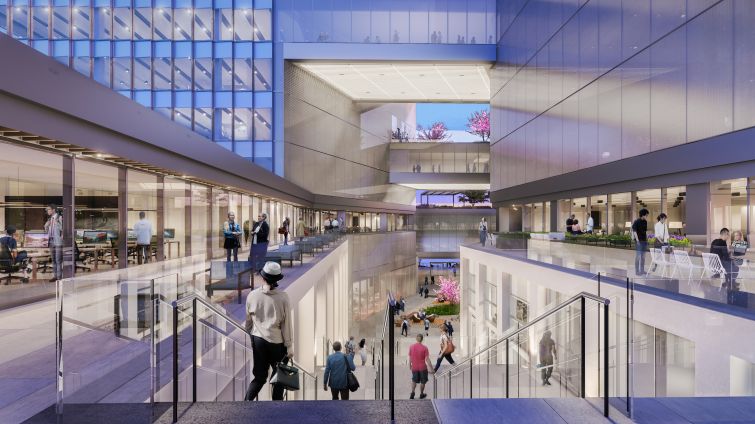 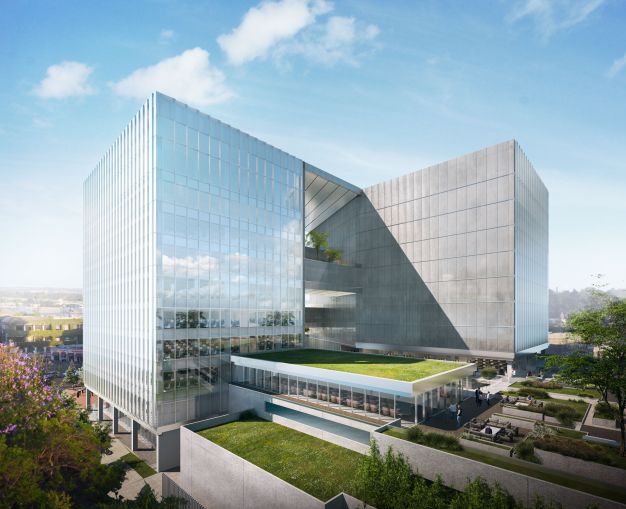 Office space is a tough sell these days.

Major questions remain about how workspace fits in the post-pandemic world with a tug of war for employees being pulled into work and drawn back to their home base. Since the COVID-19 outbreak began, office construction has shifted away from gateway cities like Los Angeles, and users have displayed a clear preference for flight to quality. And that’s to say nothing of new headwinds brought on by inflation and rising interest rates.

Demand has clearly shifted away from traditional office projects like the 1980s law office building at 11355 West Olympic Boulevard at the south entryway to the Sawtelle Japantown district in West Los Angeles. McCarthy Cook is almost done replacing the 385,000-square-foot building with a project called Lumen — a shimmering 550,000-square-foot, glass-like edifice that combines remarkable design and high-end creative space with far-reaching, resort-style amenities.

“People are working from home and the question is, ‘What’s going to bring you back to the office?’ ” said Mike Coppin, senior vice president of leasing and marketing at McCarthy Cook. “It’s got to be a game-changing experience to get you here … with employees who want happy hours, social gatherings, fitness classes, and great convenient food and beverage options, and collaborative entertainment events. That’s the evolution of the office environment and what we’re trying to do here.”

Despite workers’ desire to stay home, it’s clear many bosses want to tug workers back into one building, even if it’s not for five days a week. But they’re going to have to really sell it to give people a reason to leave their home workspace. McCarthy Cook is betting it created a formula with Lumen that will attract some of L.A.’s top tech or entertainment firms — and their employees — with a setup that’s far more appealing than the old-school cubicle layout.

“The last thing we wanted was for it to look like a 1980s flash cube,” said Edward Cook, co-founder and co-president of McCarthy Cook. “We wanted something organic, more ‘West L.A.,’ more ‘Hollywood’ and media and entertainment, and the nexus of the two.”

Lumen quickly taps into the social aspect that humans crave but cannot attain from working at home. After passing by the hospitality-focused restaurant on the ground floor, or through the touchless security system, and through the garden-style common areas, visitors come upon an imposing grand staircase between the two office structures that leads to a 1-acre amenity deck with 65,000 square feet of private outdoor space.

“We have this beautiful architecture and a magnificent project, but we want it to be approachable,” Coppin said. “We wanted that juxtaposition of the access to outside with the amenities of a home and hospitality.”

McCarthy Cook says it built the largest private rooftop event venue in West L.A., and the most outdoor space in any office project throughout Southern California with a guest capacity of more than 2,200 people.

“You’d have to go to the Beverly Hilton to get close to this amount of [private entertainment space],” Coppin said.

The deck includes a 250-person indoor-outdoor conference center and a set of smaller cabana-style meeting rooms, as well as another chef-inspired restaurant, open green space, and garden-style seating. It features a beer and wine bungalow, a coffee bungalow, and an exhibition kitchen with a pizza oven. And in addition to the deck, tenants will be able to use the 5,000-square-foot gym, or play basketball or pickleball on the sports court.

L.A.’s Westside has held up better than most office submarkets since the pandemic hit due to its inventory of Class A creative space, and Lumen clearly stands to benefit from office users’ flight to quality.

“Lumen” is a measurement of brightness or the amount of light emitted, and it’s perhaps the perfect name for a development where natural light seems to fill every inch. McCarthy Cook spent four years figuring out how to develop a building with 22-foot, floor-to-ceiling glass and also work with today’s energy restrictions, which Cook said was “almost impossible.” All the glass used to build the Gensler-designed Lumen came from Germany and Switzerland.

“We chased all over the world to find a glass with an incredible limited reflectivity,” he said, explaining that Lumen has North America’s first triple-pane, double-air gap glass-curtain on 100 percent of the structure. That creates “97.5 percent openness factor” looking out from the office, but maintains privacy looking in, and deflects heat from the sun.

The development team at McCarthy Cook made the right decision to advance the project through the global pandemic and over new economic hurdles. Cook said if they started the project today, it would cost “$50 million more” due to inflation, rising interest rates, rising construction costs and supply chain issues.

A bridge between the two structures has been transformed and can be used as its own unique floor plate or an extension of one of the main areas, and more outdoor terraces stand out on top of the bridge facing southwest. The top floors sport clear views of the basin extending from The Getty museum to the north and SoFi Stadium to the south.

Coppin is leading the leasing effort as McCarthy Cook courts top-name media, entertainment and tech firms as tenants. For example, one of the penthouse levels will include an 80-person screening room for a streaming and production company.

Another amenity will be a private shuttle to and from the nearby subway stations, and visitors and employees can take advantage of adjacent nightlife with more than two dozen restaurants, pubs and bars that make up Sawtelle’s buzzing Japantown district.

“The idea is to carry that energy through Olympic Boulevard and continue that same level of offering from a food and beverage standpoint,” Coppin said.

Cook said Lumen can change peoples’ mindsets of what it means to go back to work.

“Our leasing discussions have just exploded in the last several months. Obviously, Los Angeles has been a very difficult place with return to work. But people are coming back,” Cook said. “The universal theme we’re hearing is that people who work in these projects want to know that they’re coming back to something that is different and special, and isn’t your ordinary workplace. … A lot of big users are looking at this as an opportunity to entice their workforce back to the office.”