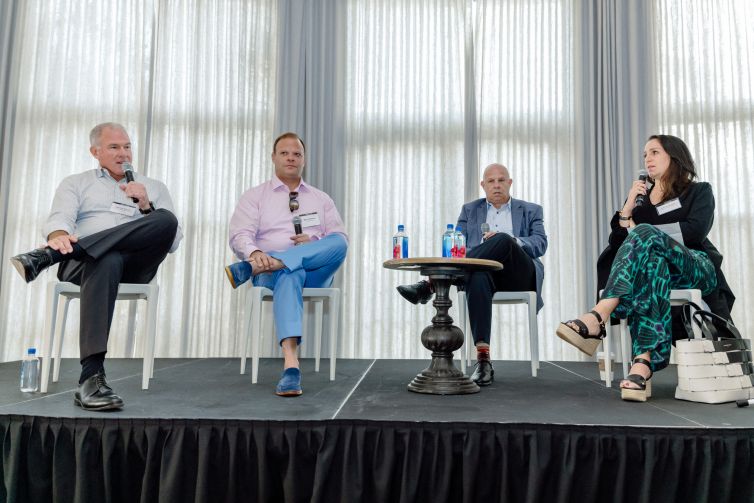 South Florida is poised to weather an expected recession better than most parts of the United States, according to real estate executives who spoke Thursday at Commercial Observer’s Future Forward Miami conference.

“Unlike the rest of the country, the commercial office market here is strong, rising, with significant pent-up demand,” said Don Peebles, chairman and CEO of developer and owner Peebles Corporation. “There’s a tremendous demand.”

While many central business districts are struggling to recover from the pandemic-driven shift to remote work, Miami’s office market has a significant backlog of tenants. Office users are seeking 1.5 million square feet of office space in Miami, said Alex Witkoff, president and COO of development and investment firm Witkoff.

The influx of new office users in Miami includes Citadel, the hedge fund that recently leased six full floors of the 830 Brickell office tower. Blackstone, Microsoft and cryptocurrency exchange FTX are among the other recent arrivals to the city’s office market.

Thursday’s event took place at The Bath Club in Miami Beach, an oceanfront property Peebles purchased in 2000 as part of his foray into Miami’s property market. Since Peebles’ arrival, South Florida has continued to attract residents and business owners drawn by the combination of warm weather, low taxes and real estate prices that are affordable compared to New York and California.

The trickle of migration to Miami turned to a flood in 2020, when South Florida’s looser pandemic lockdown appealed to refugees from New York.

“COVID was an amazing accelerator,” said Michael Shvo, chairman and CEO of SHVO, a New York-based development firm with an office in Miami.

The Miami scene has changed dramatically since the city was the backdrop of “Miami Vice” and “Scarface,” longtime Miami residents reported (in case any outsiders were wondering).

“The South Florida secret is out,” said Ryan Bailine, a shareholder at law firm Greenberg Traurig.

The influx of investment has been welcome in some ways. Downtown Miami no longer empties at 5 p.m.; instead, the city center is busy around the clock. But property prices have soared, creating affordability challenges and raising concerns about how much appreciation is too much.

Howard Lorber, president and CEO of Vector Group Ltd. and executive chairman of residential brokerage Douglas Elliman, noted the frenzy in residential real estate. In Palm Beach County during 2021, the price of a single mansion went from $6 million to $12 million to $24 million.

“That’s what happened, and I’m not exaggerating,” Lorber said.

Given the huge spike in the values of commercial and residential properties in 2020 and 2021, perhaps it was inevitable that a fevered market would cool. Lorber advised against comparing the real estate industry’s 2022 performance to the super-hot numbers of 2021.

“Who decided 2021 is the benchmark?” Lorber asked.

Like it or not, the real estate industry will have to live with unfavorable year-over-year comparisons for the near future. As a result, many big players in South Florida say they’re already shifting to a less aggressive mindset.

“We’re going into what is probably the most telegraphed recession in the history of the world,” said Steven Stuart, managing director at Fortress Investment Group. “It’s going to be a defensive mode, but we’re still going to be in business.”

Valuations have been pulling back in 2022, and investors are beginning to accept the reality that pricing will be less aggressive in the future.

The economic outlook isn’t the only area of concern. South Florida’s growth has strained roads and schools, and climate change poses a looming threat. “You’ll see puddles of water on a sunny day,” Peebles said. “That’s because of the sea level rise.”

The event was part of Commercial Observer’s series of Future Forward events hosted in major cities. The next event is set for Dec. 6 in Los Angeles.

Laurie Grasso, partner and global co-chair of real estate at Hunton Andrews Kurth LLP, hosted a financing panel with Matthew Pestronk, president and co-founder of developer and owner Post Brothers, along with Fineman and Stuart.