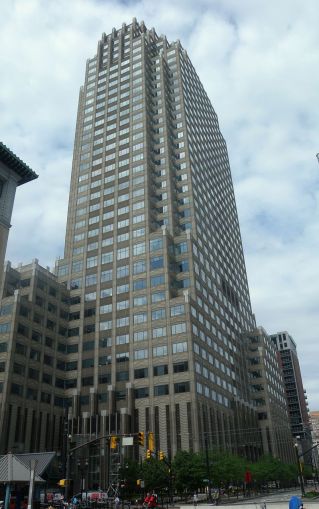 A partnership between Mark Meisner of the Birch Group and Abe Greenhut of 2020 Vision has landed $328 million in financing for the purchase of 101 Hudson Street, a Class A office tower in Jersey City, NJ., the joint venture announced today.

CBRE brokered the deal with a team led by Shawn Rosenthal, Jason Gaccione and Jake Salkovitz.

“The acquisition of large value-add office buildings in the current capital markets are extremely rare and challenging to execute,” Rosenthal said in a prepared statement. “It was incredible to be involved with the buyers, who had the determination, focus and expertise to complete this acquisition during these challenging times.”

101 Hudson Street, also known as the Merrill Lynch Building, is a 42-story office tower comprising 1.35 million square feet. It was owned by Veris Residential, formerly known as Mack-Cali Realty. Commercial Observer previously reported the building was under contract to sell to The Birch Group for $380 million, but at close it sold for $346 million. The new ownership plans to renovate and modernize the lobby and common areas.

Officials at Birch Group, 2020 Vision and SKW did not immediately respond to a request for comment.