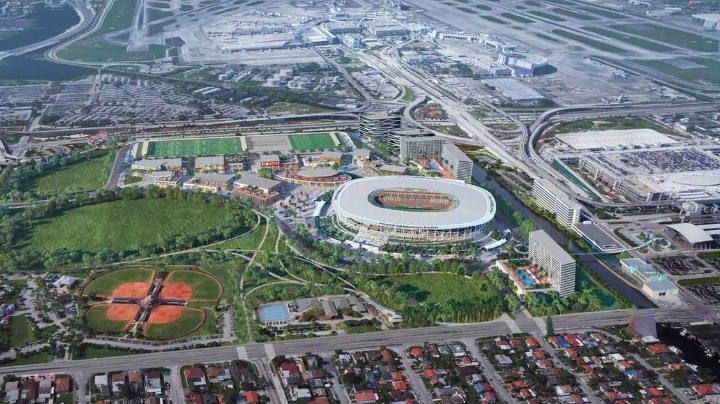 Miami City Commissioners are looking to direct rent revenue generated from a recently approved soccer stadium to an affordable housing trust and an anti-poverty initiative.

In two separate votes, all five city commissioners on Thursday favored allocating 25 percent of rent revenue generated from the Miami Freedom Park for each resolution, which still require final votes for approval.

The sprawling campus, which will replace the public Melreese Country Club to house the Major League Soccer team Inter Miami CF, will include a 25,000-seat soccer stadium, a 750-room hotel, a 600,000-square-foot mall, 400,000 square feet for offices and a 58-acre public park.

Over the past two years as throngs of Northerners relocated to the Sunshine State, housing costs have skyrocketed in Miami, making it one of the most expensive cities to live in.

“Affordable is the biggest demand we have in the city, bar none. Whether it’s today, five years, or 10 year from now, I don’t see that changing,” said Commissioner Joe Carollo, who co-sponsored the trust fund plan alongside Miami Mayor Francis Suarez.