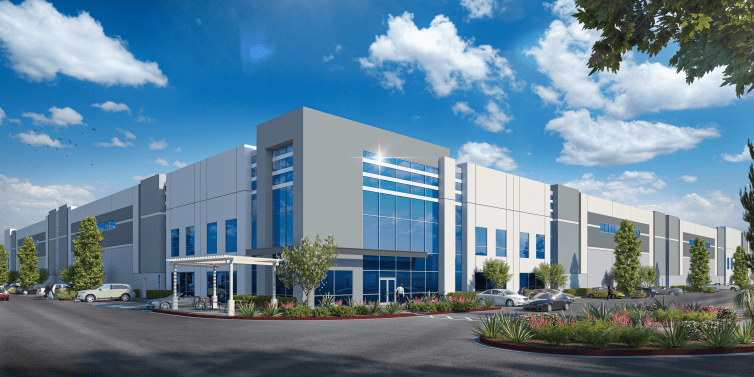 A rendering for a planned warehouse development at 27260 Meines Street in Highland, Calif. Photo: Lovett Industrial

Lovett Industrial has sealed its first Southern California deal: the acquisition of a 13-acre property in suburban Los Angeles for $51 million, Commercial Observer can first report.

The Houston-based developer, which formed two years ago, closed the all-cash deal with Vancouver Investment Fund as a limited partner for the land on 27260 Meines Street in Highland, Calif., roughly 65 miles east of downtown L.A.

The large site, where Lovett is planning a 285,000-square-foot warehouse, had six previous owners. KCB Towers was the largest seller, having previously held 7.5 of the 13 acres.

Tyler Banton, who leads Lovett’s Southern California development and acquisitions in L.A., noted that the eastern part of the Inland Empire has experienced major rent growth in recent years, which made this acquisition attractive. He said the Inland Empire’s west region closer to L.A. has very little open space, which has driven much of the momentum in the east.

“The supply demand dynamics in California remain really strong, and it’s mostly due to the high barriers of entry in our market and the difficulty of entitling projects,” Branton said. “We continue to see preleasing on projects under construction, and that is largely due to the 0.20 percent market vacancy.”

Banton said Lovett will continue its Southern California deal activity and expects to see more than $100 million of transactions close by the end of the year. The firm has a pipeline of 30 million square feet of transactions lined up nationally, he said.

“We’re a newer company that has highly experienced people and is on an incredibly fast track of growth,” Banton said. “For about six months we saw people put pencils down, and we capitalized on that opportunity to pick up great locations at discounts. I’m seeing our competitors come back into the market, and we believe things are beginning to stabilize.”